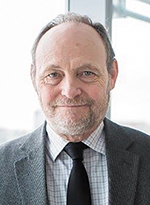 Michael J. Birrer, MD, PhD, a leading medical oncologist and trailblazer in the early detection and treatment of gynecologic cancers, has been named director of the University of Alabama at Birmingham Comprehensive Cancer Center.

Birrer comes to UAB from Massachusetts General Hospital, where he is director of Medical Gynecologic Oncology and director of the Gynecologic Cancer Research Program at the Gillette Cancer Center. He also serves as the leader of the Dana Farber/Harvard Cancer Center program in gynecologic cancers and is a professor of medicine at Harvard Medical School.

Birrer will succeed Edward E. Partridge, MD who is retiring from UAB after a 48-year career, including 10 years as director of the Comprehensive Cancer Center. Birrer will join UAB on August 1st.

"Mike Birrer is an outstanding physician-scientist who balances a vision of transformation and leadership," said Selwyn Vickers, MD, FACS, dean of the School of Medicine. "He understands drivers for excellence in clinical care and has a vision for growing precision medicine in cancer care, as well as a commitment to scientific discovery."

The UAB Comprehensive Cancer Center is the only National Cancer Institute-designated comprehensive cancer center located in the five-state area that includes Alabama, Mississippi, Louisiana, Arkansas and South Carolina. The Cancer Center treats an estimated 5,000 new patients each year and is home to a faculty of nearly 250 physicians and researchers.

"UAB is a first-rate institution with a Comprehensive Cancer Center that is one of the best in the nation, offering tremendous opportunities for growth and service to the cancer patients of Alabama, the United States and abroad," Birrer said. "It is a great honor for me to lead such a prestigious cancer center."

Birrer's research interests include the molecular origins of gynecologic cancers, as well as the identiﬁcation and characterization of aberrations in oncogenes and tumor suppressor genes in these cancers. His lab has a long history of determining the genomic characteristics of ovarian, cervical and endometrial cancers and using the data to form the basis for early detection assays, prevention strategies and novel therapies.

He joined Massachusetts General and has served in his current roles since 2008. Birrer earned his doctoral degree in microbiology and immunology and medical degree at the Albert Einstein College of Medicine in New York City before completing an internal medicine residency at Massachusetts General Hospital and medical oncology fellowship at the National Cancer Institute. 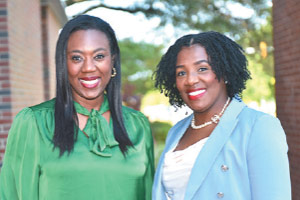 Print
Login and voice your opinion!
Tags:
None