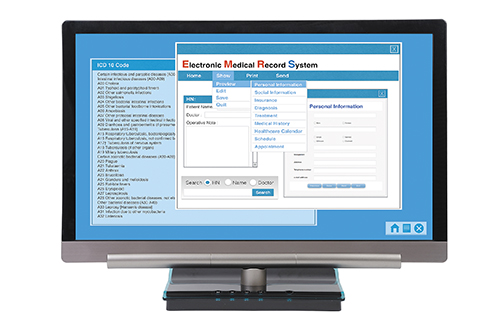 "If providers utilize their IT to its fullest potential through an EHR, then they're going to be able to maximize their Medicare reimbursement in 2019," says Carrie Gulledge, director of EHR with MediSYS.

Come 2019, CMS will begin using only the Merit-based Incentive Payment System (MIPS) to determine reimbursement levels. All eligible Medicare physicians will fall into this system, which derives a composite score based on data compiled and reported by providers starting this year.

For those providers using an EHR (electronic health record) certified at stage 2, these MIPS requirements will be greatly eased. "Don't make this any harder than it has to be," Gulledge says. "The way this is measured, you're already doing 85 percent of it through PQRS and MU." Both of those reporting systems have been merged into MIPS.

"Many of the certified EHRs are revamping their systems with MIPS dashboards that will allow providers to easily track their MIPS data," says Alyssa Hunt, Healthcare Reform Manager at Urology Centers of Alabama. "There are also many certified EHRs that plan on reporting MIPS data for their clients, which eases the burden of the reporting process."

With MIPS, the data goals for CMS show a subtle shift from quantity to quality. "It's not necessarily about how many patients you capture, but the outcomes being generated," Gulledge says. "You have some measures within MIPS where the lower the percentage, the better you're doing, such as controlling high blood pressure for patients taking certain meds."

Certified EHRs will automatically track and calculate these more complex requirements. In the case of hypertension, the EHR can tally the number of patients who qualify with a diagnosis of hypertension --"and there's a long list that CMS says qualifies," says Gulledge -- along with what medications they take that qualify as treatments, and whether their condition has improved or worsened. "So if the provider has clicked the right buttons on their EHR during diagnosis, when it comes time to attest, they will be able to just print out the report," she says.

Providers need only be certain they enter the needed data correctly. "To ensure you're maintaining your MIPS score through your EHR, it's important to understand which button clicks or fields need to be checked for the specific measure that you need to report," Gulledge says.

For instance, in the improvement activities (IA) category of MIPS, if a provider chooses to report on tobacco use as one of the measures, the entire effort is covered by clicking yes or no in the EHR for each patient. "If a nurse is doing a workup for my sore throat and enters that one piece of data from the patient history, it's a MIPS improvement activity," Gulledge says. "Just clicking that one button, you're collecting data that ups your score."

One area where providers unwittingly lose out on utilizing their EHR which would raise their MIPS score is in handling referrals. Direct messaging of the EHR must be used to qualify. But it is not enough to make the referral. "They need to close the referral loop," Gulledge says. "The specialist who saw the patient needs to send a note back through a direct message on the EHR too. There's no other way to do that other than using an EHR.

"That's the probably the biggest opportunity that gets overlooked," Gulledge says. If the provider or the specialist uses email, fax or a phone call to make or respond to the referral, that "incomplete" referral lowers their MIPS.

However, just using an EHR boosts MIPS scores for providers. "To really drive the utilization of IT, CMS has a measure within IA that's called Use of Certified EHR to Capture Patient Reported Outcomes," Gulledge says. "If you're using a certified EHR to document patient encounters, then you can attest yes to this. This is almost like a 'free' measure."

For those not using EHRs, Medicare reimbursement penalties can still be avoided by manually reporting in at least one of the three categories within MIPS. "But they're not going to be able to raise their reimbursement rate," Gulledge says. "And the days when a provider could mark up their fee schedule on their super bills is over, so there's no other way to make additional reimbursements from Medicare without an EHR, unless they're going to see additional patients."

Gulledge says Medicare as a revenue source is not to be ignored with a hundred thousand additional patients attaining eligibility every day. But these new patients are more tech-savvy. "They're going to be researching online for the services they need," she says. "As consumers, they're going to be privy to that composite MIPS score, and they're paying attention."