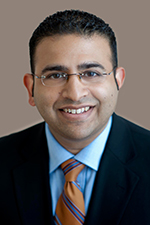 Bacteria, viruses and fungi have long been considered the enemy of mankind. They have been responsible for lethal epidemics throughout human history and countless deaths from infection.

However, in recent years we have begun to understand that not all microbes are the same and some are actually necessary for health. In fact, in some cases, the microbiome digests foods for us that our digestive system can't manage alone.

Microbes also produce neurotransmitters, enzymes and a wide array of proteins. The function of most is still a mystery awaiting research, but many could be essential to health. Researchers recently characterized a microbe-produced protein that digest an amino acid necessary to produce collagen, the key building block for body tissue.

June 14 marks the fifth anniversary of the publication of the landmark papers sharing the findings of the NIH Human Microbiome Project that sequenced the microbes found in normal, healthy individuals. Most of us are walking around with nine times as many microbial cells as human cells. The average 1,000 species of microbes that live in and on each person vary from one individual to the next, but tend to remain relatively stable over a lifetime

The vast amounts of new data that came with sequencing have been a huge bite for researchers to chew, but as more is understood, we could see a surge in new therapeutic and diagnostic targets and new strategies for staying healthy.

"Probably one of the best examples of how we are already using microbes to treat patients in our practice is clostridium difficile infections," gastroenterologist Rajat Parikh MD, of Birmingham Gastroenterology Associates, said. "All too often, CDI can be resistant to medications and the symptoms patients have to deal with can be terrible. We're seeing fecal transplants work where traditional medications haven't. At first, transplants were usually from a healthy relative. Now we are using transplants pharmaceutically cultured from a number of healthy individuals to restore a wider range of microbes to the gut microbiome." 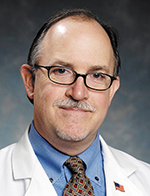 Peter Mannon, MD, Professor of Medicine in UAB's Division of Gastroenterology, was one of the researchers to work on the Human Microbiome Project, which cataloged 9.8 million non-redundant microbial genes found on the skin and in the mouth, digestive system and reproductive tract.

"This is a major area of emerging research as investigators begin to parse out the role of specific organisms and how they contribute to health or disease on an everyday basis," Mannon said. "One big observation is that we know microbiota respond to changes in their environment. There also seems to be a two-way street between changes in the microbiome and changes in the body. The challenge in some cases is figuring out which came first. For example, in autism is the microbiome different because eating habits tend to differ, or are there opportunities in adjusting the microbiome to treat symptoms? Those are the type of questions it is going to take time to answer.

"Much of what we know so far is from animal models. In classic psychological experiments on stress and anxiety in mice, probiotics seem to have a protective effect. However, mice are not people, and we will need more research to determine whether this holds true in humans before we can make recommendations.

"We know that microbes on their own can metabolize proteins and peptides that function as neurotransmitters. They can produce tryptophan that is necessary for the production of serotonin. On the other hand, some produce toxins that can cause inflammation through a neural loop. Knowing this gives us the therapeutic strategy of interrupting the loop by using blockers of neural receptors," Mannon said.

Microbes also play a major role in training the immune system. An active area of microbiome research is looking at whether and how deficits or changes the body's flora could be linked to autoimmune diseases, allergies and perhaps even some types of cancer.

"We need to understand whether there are specific organisms that have dominant effects in inducing cells to be tolerant and less inflammatory," Mannon said. "What is the underlying mechanism maintaining symbiosis and homeostasis between so many types of microbes and how the immune system reacts?

"Microbes in the gut can influence the nervous system and immune system. Simple stress induces high cortisol levels, which affect the gut by decreasing barrier function. This allows bacteria, microbes and metabolites into the body. The body reacts with an immune response."

With microbes found in the gut playing such a major role in the human microbiome, perhaps it is only natural that much of the early work in the field is related to gastroenterology.

"One study demonstrated that transferring the microbiota from a mouse with colitis and an immune defect induced colitis in a normal mouse. Work is also being done in irritable bowel syndrome and gut motility," Mannon said.

Common food intolerances may be another area where friendly microbes may be identified and some day turned into medications to prevent digestive distress. We can thank a species of bacteroides for processing xyloglucans in vegetables like lettuce and onions that humans wouldn't be able to digest alone. Are there other candidates in the microbiome that might explain why some people can eat foods others can't?

Dr. Parik said, "With so many people who have difficulty with milk products and grains--not just celiac disease but also other unpleasant symptoms--it would be wonderful if we could fix the problem with a simple pill using a healthy microbiome as medicine."

It's still early days yet in understanding the vast amount of data gathered in the Human Microbiome Project and then transforming it into real-world treatments, but the work is ongoing, and the potential is enormous. Other targets for microbiome research include rheumatoid arthritis, inflammatory bowel disease, cardiovascular disease, colorectal cancer, diabetes and obesity.

"We're seeing a lot of exciting headlines in the popular science press, but this is still an emerging area, and there is a great deal of work to be done. It's difficult to judge exactly how large a contribution this will make, but it will probably be very important, particularly in maintaining health," Mannon said. "We have a great deal of new information about the microbiome. Now we have to learn to harness it."