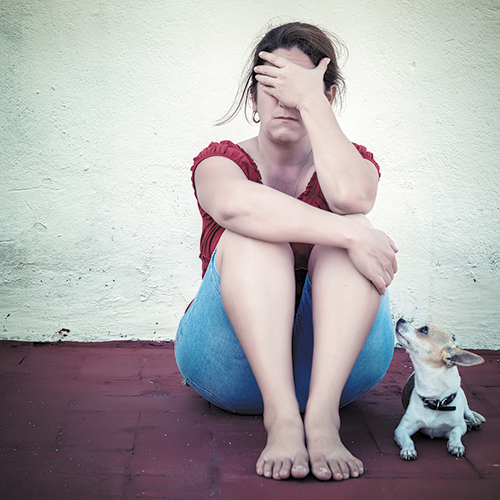 A study published last month in the journal Schizophrenia Bulletin found the death rate in young people during the year following a first episode psychosis incidence was much higher than anticipated.

Analyzing claims data on approximately 5,000 young people ages 16-30 with commercial insurance who had received a first observed psychosis diagnosis, researchers from the National Institute of Mental Health (NIMH) found the group had a mortality rate of at least 24 times higher than the same group in the general population in the 12 months following the index psychotic episode. 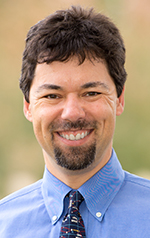 With abundant clinical evidence from the United States and other countries showing a correlation between mental illness and decreased life expectancy, the NIMH research team expected there would be elevated mortality for this group but were still surprised by the findings. "I wasn't surprised by the direction of the effect. I was surprised and shocked by the scale of the effect," said Michael Schoenbaum, PhD, senior advisor for Mental Health Services, Epidemiology and Economics for NIMH who led the research project.

He added, "We were so shocked when we first did this analysis that we bent over backwards to check it and make sure we hadn't used the data wrong and made a mistake."

After recalculating, the team concluded they hadn't missed the mark ... and, in fact, reported the figures using the most conservative assumptions. "To find a group in the U.S. general population with mortality as high as our conservative estimate for these young people, you have to look at Americans over age 70," said Schoenbaum. "The upper end estimate is more than a 7 percent mortality rate in a year. In the general U.S. population, you wouldn't expect to see that rate until people are in their 80s."

In addition to mortality, the study also looked at the healthcare treatment those ages 16-30 received in the 12 months following the initial psychosis diagnosis. That analysis uncovered the group had low rates of medical oversight and only modest involvement with psychosocial treatment providers. According to the report, "In the year after index, 61 percent of the cohort filled no antipsychotic prescriptions and 41 percent received no individual psychotherapy. Nearly two-thirds (62 percent) of the cohort had at least one hospitalization and/or one emergency department visit during the initial year of care."

Schoenbaum said the NIMH has made it a strategic priority to not only discover new treatment options for those with a diagnosed mental illness but to also develop and test better ways to deliver existing treatments.

"This is a devastating thing to happen in people's lives," he noted. "We've had data for a long time that suggests historically there has been a long gap in time between when a person experiences psychosis for the first time and when they receive meaningful care."

This new analysis, he said, helps confirm that suggestion and shows there is much room for improvement. The study, which looked at 2008-2009 commercial payer data, was made possible through a multi-payer claims database built by the Department of Health and Human Services using funds from the stimulus package following the financial crisis.

"That dataset did two things we couldn't easily do before this," explained Schoenbaum. "First, it was a really large sample."

He said having access to this commercial payer information was critical since most young people in the United States have commercial insurance ... if they have coverage ... at the time of symptom onset. While Schoenbaum said a limitation of the study was that the team couldn't definitively say it was each individual's first episode of psychosis without having lifelong data, they did single out only those young people who had no sign of psychosis in the 12 months prior to the documented episode.

"The second innovation in this dataset is that it also contained information on mortality," he continued. "In this country, it is relatively rare to link information on people's health and healthcare on the one hand with death and mortality on the other."

There are, of course, exceptions. Schoenbaum said there is really good mortality data available for cancer and cardiovascular surgery. "But there is no place in mental health where we do that right now," he noted. "You have to know there's a problem before you can fix it. If we can't study patterns of mortality, we don't know if there's a problem and what kind of problem it might be."

Going forward, Schoenbaum said he would like to see if their findings are replicated in other U.S. samples and to have access to more specific mortality data. The database used listed all cause death without specifying if mortality was a result of suicide, homicide, accident, or other. "It would be really valuable to not just know that they died but how they died."

He also said it's important to implement the clinical practice guidelines that already exist more consistently and then measure the impact on mortality. Despite being identified with early psychosis, Schoenbaum said the analysis highlighted the next critical step of effectively connecting these patients to models of care didn't routinely happen.

"This is a highly vulnerable population. We just didn't realize how vulnerable," Schoenbaum said of the study's results. "We want to connect them to effective services. One hope is that people recognize that these individuals aren't just at risk of suffering ... their lives are at stake."

On the positive side, he continued, "The relatively low levels of care that we observed here underscore the potential value of the new models for treating first episode psychosis, specifically what's called coordinated specialty care."

Congress has earmarked 10 percent of SAMHSA mental health block grant funding go to states for coordinated specialty care programs for first episode psychosis. "By 2018, all states are expected to have at least one such program, and some states will have multiple programs," Schoenbaum said, adding such programs are measurement-based and are engineered to analyze results and make adjustments as needed.

Schoenbaum's other hope is that the study will help launch larger conversations about mental health and mortality. "Together with the national increase in suicide rates and the national epidemic of deaths from opioid overdose, I think this paper underscores the importance of tracking mortality as an outcome for people with behavioral health problems," he said.

"In the meantime, this study is a wake-up call telling us that young people experiencing psychosis need intensive, integrated clinical and psychosocial supports," Schoenbaum concluded.