Helping Those with Autism Build a Better Life 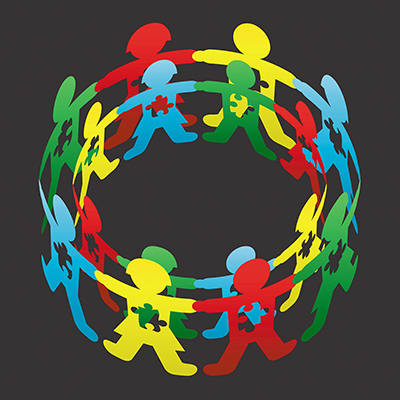 "Researchers are working in many areas of inquiry related to the causes of ASD and how it works in the brain. It may take a while to get definitive answers to some questions and generalize them to such a diverse population," he said. "In the meantime, the key to maximizing a child's developmental potential is early diagnosis. Each child comes to us with a unique combination of strengths and weaknesses. By getting an early start on a program that builds on strengths and works on improving weaknesses, we can make a difference in the person's quality of life at any age." 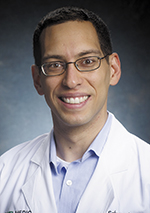 Swartz, an assistant professor of pediatrics at UAB, is part of the team in the Developmental Medicine Clinic at Children's of Alabama. In the rare specialty of developmental-behavioral pediatrics, he is equipped to evaluate children from both a medical and behavioral perspective.

"Several physical issues are common in people with autism, particularly the genetic syndromes, but we don't really have objective biometrics we can rely on for diagnosis," he said. "It's very much behaviorally based. Our team evaluates hearing, speech, nutrition and specific issues like sleep and unusual behaviors. Children are often referred to us if their communications skills are delayed, they display repetitive behaviors, or they avoid interaction. They may have trouble gathering information from the world around them or difficulty with fine motor skills. I like to talk with the child's family to get a sense of what they are seeing. Spending time with the child, observing and interacting, tells us whether ASD is the correct diagnosis and where we should start with interventions."

On special projects, Schwartz works with Sarah O'Kelley PhD, an assistant professor at UAB who works with autistic children, teens and young adults through the Civitan-Sparks Clinic.

"In making an evaluation, we keep in mind that there are a number of things that may suggest autism that could actually be something else. A child may simply be introverted, which could explain hesitancy to make eye contact," O'Kelley said. "Hearing and speech issues can be related to communication delays. Anxiety, depression and a variety of other conditions may look like ASD until you look closer. There's also an area of thought that suggests some cases of ASD may simply be an example of human diversity.

"I like to get the long view from the family who sees the child every day. Then I observe how children respond to me and to others. Do they engage in an age appropriate way, how do they talk about their interests and do they pick up on facial cues?"

When a diagnosis of ASD is confirmed, Schwartz says Intensive Behavior Intervention can be valuable in using motivation reinforcement to work on specific targets like improving eye contact, responding to name, expanding diet and learning new life skills.

"It can be helpful even to older children and adults. It isn't readily covered by insurance, but the Alabama legislature is now working on legislation that could change that," Schwartz said.

For teens and young adults interested in building social skills that can help them make and keep new friends, O'Kelley trained at UCLA to be able to offer their highly regarded PEERS group program here in Birmingham.

"The program is 14 weeks for teens and 16 for young adults. It has been very popular with both the patients and their families. There is so little offered for this age group, and this is a time in their lives when expanding their social contacts may be especially important to them," O'Kelley said. "We teach them how to identify people who may share their interests, and how they can invite or accept invitations to spend time together. We also teach them how to deal with negative situations like teasing. It depends, of course, on where each person started, but by the end of the program most of the participants are showing improvement. They get together more often and the quality of the time together changes as they get to know each other. We're getting great feedback from families."

Other work at UAB is helping ASD patients improve their ability to interact with the rest of the world.

"We have a monkey robot that is great at building interaction skills with children who aren't quite ready to interact with adults," O'Kelley said. "One of our colleagues also has an autism driving program that is getting national attention. People with autism tend to like to follow rules, so that can be helpful in making them good drivers. When other people don't follow the rules or when multitasking is involved, that's where the driving program can help.

"People with autism can often benefit by being taught specific skills that other people just pick up as a routine part of life. Learning those skills can make a difference," O'Kelley said.

Neurological research at UAB is also using PET scans to look at differences in the neural connectivity of the brain in autism. There is also research into what appears to be multiple causes of the disorder.

Schwartz said, "A combination of genes and environment may be involved. Some families seem to be at increased risk of autism in a second child, and there have also been studies showing an older mother or father can increase risks. That suggests some of those genetic changes could happen over time. Several possible environmental triggers are being investigated. We may eventually find that autism is a symptom of another process that is going on.

"Work is also being done to map brain activity, eye movement and other early indicators that could help us identify autism sooner so we can help ADS children grow up to live fuller lives."