Nutrition Is at the Heart of Wellness 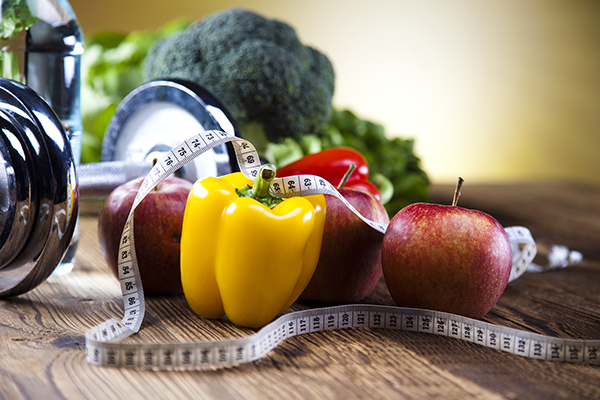 Editor's note: This is Part One of our Four-Part "Be Well and Vital" series.

Is nutrition a complex subject or simple? A keystone of good health?

All of the above, according to Micah Howard, MD of Decatur, who practices integrative medicine - a mix of conventional and non-conventional treatments tailored to each particular patient.

Howard says that proper nutrition is at the center of wellness. "We know two things there isn't much debate about," he says. "The modern American diet causes chronic disease, and studies show that in different countries you can track the growth of those diseases by how quickly they've adopted a diet containing refined sugar and processed flour. In the 1700s the annual per-capita sugar consumption in the U.S. was five pounds per person. By 1900 it had grown to 70 pounds, and today the average is 152 pounds. "

The Industrial Revolution brought many changes to the American diet, including the processing of foods, such as refined wheat flour, that separate the germ nutrients from the wheat. "We created flour that wouldn't spoil, and learned to refine sugar the same way," Howard says. "Likewise, we replaced olive oil, a good source of Omega-3 fatty acids, with oil from soybeans which contains Omega-6 that causes inflammation. This is important because research has shown time and time again that high levels of inflammation are at the center of many diseases.

"Together, cardiovascular diseases, various cancers, and diabetes account for almost 70 percent of deaths in the United States, and the common link among all of these is inflammation." 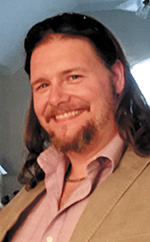 Advances in manufacturing also made possible the creation of imitation or ultra-processed foods that didn't exist a century ago, from which average Americans get 58 percent of their calories. Congress passed regulations in the 1930s requiring such foods to be labeled "imitation," but those policies were dropped in the 1970s.

There are many ways the health of our gut affects our wellness, Howard says: "There are more neurons in your gut than in your brain, and the number of symbiotic micro-organisms total in the trillions; more bacteria than the number of cells in our bodies." An estimated 80 to 90 percent of the serotonin in your body is manufactured by the nerve cells in your gut, and gut-associated lymphatic tissue represents 70 to 80 percent of the body's total immune system."

In explaining the simplest way to eat healthy, Howard cites food writer Michael Pollan who says to (1) Eat food, (2) Not too much, and (3) Mostly plants. "Another way to put it," Howard says, "is 'don't eat foods that don't spoil.'"

These facts conflict with much of the common wisdom about dieting. "Even the word 'diet' has, over time, become an almost obscene word that has the connotation of failure," Howard says. "At its best, it's something you do for a short while and then go back to what you were doing before."

For instance, many people gain weight on a low-fat diet. The "good fat" is an important part of a healthy diet and has the added benefit of helping to curb cravings.

"The first thing most diets tell you is to cut calories," Howard says. "But all calories are not the same. If you eat 2,000 calories worth of Snickers bars versus 2,000 calories of kale, you obviously have a very different outcome. Every type of food hits different metabolic switches."

Another important factor is variety in foods. "Thomas Jefferson grew more than 150 species of fruit and some 330 vegetables in his garden at Monticello. But today there are four crops that account for two-thirds of the calories we eat: corn, soy, wheat, and rice," Howard says.

He adds that factory farming of animals has had a serious effect on the quality of meat. "Before we started factory-farming, animals had lots of good fats and high-quality properties. But farmers started using growth hormones to grow livestock bigger and faster, and then they switched the feed from grass to grain which was cheaper. And finally, because this diet is making the livestock sick, they're given antibiotics. So quality has worsened."

The most important first step for achieving nutritional health, Howard says, is eliminating the "poisons" from what you eat: "For instance, broccoli is great for you, but eating it will only get you so far. You can't eat enough broccoli to balance out cupcakes. You've got to eliminate refined flours and refined sugars first, or you're spinning your wheels."