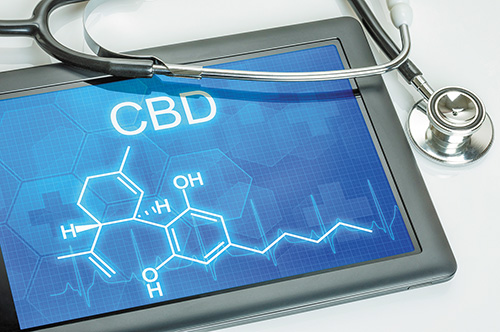 For epilepsy patients with frequent, often severe seizures that traditional medications fail to control, everyday life can be an ordeal. That's why the Alabama legislature voted to approve Carly's Law, which allowed research into whether cannabidiol (CBD oil), a derivative of the cannabis plant, could effectively and safely help to ease intractable seizures.

That decision is paying off. Researchers from UAB and Children's of Alabama delivered 11 abstracts at the 70th annual meeting of the American Epilepsy Society, detailing findings that show not only a reduction in both the frequency and severity of seizures in a majority of cases, but also additional positive changes that have been observed. 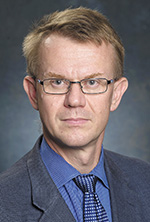 Jerzy Szaflarski, MD, PhD, professor in the Department of Neurology and director of the UAB Epilepsy Center, who works primarily with adult patients, and Martina Bebin, MD, professor of neurology, who focuses on pediatric patients at Children's of Alabama.

"A month after beginning oral doses of CBD oil, the majority of our 81 patients were experiencing fewer seizures," Szaflarski said. "Approximately nine percent were seizure free. More than one-third of the patients had a reduction in seizures of more than 75 percent, which included nine percent who were seizure-free. At least 58 percent of the group saw their seizures reduced by half or more. Adding those who saw at least a 25 percent reduction in seizures brings the total number of participants who saw a good to excellent response to 68 percent.

"Equally important is that approximately two-thirds of our patients reported a drop of more than 50 percent in the severity of seizures. That included some patients whose number of seizures may not have declined as dramatically, but the reduction in severity improved their quality of life."

More than a third of the patients had a reduction in seizures of more than 75%, which included 9% who were seizure-free. At least 58% of the group saw their seizures reduced by half or more. Adding those who saw at least a 25% reduction in seizures brings the total number of participants who saw a good to excellent response to 68%. 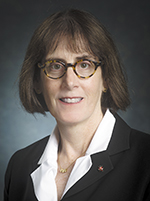 Bebin said, "One difference we noted in how adults and children respond was that pediatric patients seem to be more likely to experience a reduction in the number of seizures. We think that may be related to a difference in the etiology of the disorder. Epilepsy often has a genetic basis in children whereas the seizures in many adults began with a tumor or brain injury.

Other positive changes included an improvement in mood that was independent of the extent of seizure reduction. Some patients also showed improvement in cognitive functions that were associated with corresponding fMRI signal changes.

"Researchers have also expressed interest in the potential of CBD oil in pain syndromes, brain and muscle disorders, migraine headaches, Parkinson's, depression, PTSD and other disorders. It will require research, time and funding to determine whether the oil will be effective in some of these other neurological conditions," Bebin said.

"There are more than 100 active compounds in the cannabis plant, and it has been used in traditional remedies for a wide variety of conditions for hundreds of years, particularly starting in the 18th Century," Szaflarski said. "The specific compound we're investigating is cannabidiol, which is extracted by a pharmaceutical company and blended in sesame seed oil. It only contains trace amounts of THC. The cannabidiol concentration is standardized, which allows us to collect data to determine an optimum range for a starting dosage."

Bebin said, "Every patient responds individually, so finding the most effective dosage for a specific patient may require careful adjustment. However, we have found that a good starting dosage range for the oil we use is between 20 and 25 mg/kg/day to help patients achieve maximum benefits. Outside this range, the benefits may not be seen and symptoms can actually become worse."

The dosage range for the standardized concentration cannot be generalized to other oils which have come on the market since Leni's Law went into effect, allowing oils derived from cannabis to be produced in other states and marketed online.

"Some patients who are not part of the study are ordering the oils online and each brand has a different formulation and different concentration of ingredients," Szaflarski said. "This can complicate the care plan. CBD oil can interact with warfarin and with several epilepsy medications, which may require dosage adjustments to avoid an overdose."

The study at UAB and Children's of Alabama is ongoing, and a few slots remain open for new participants.

"We're continuing to gather and track data," Szflarski said. "It's still uncertain exactly how CBD oil works, but as we learn more about it, it could unlock areas of investigation that could lead to new approaches to treating epilepsy. When sufficient information is available for FDA review, we hope to see CBD oil as a standardized medication available to treat all patients who could benefit."

"Families tell us that CBD oil has made such a difference in the quality of life for their loved ones," Bebin said. "They say patients are more interactive, less moody, have better concentration and are generally healthier. We hope other patients will be seeing the same benefits soon."