The Early Stage of Understanding Alzheimer's 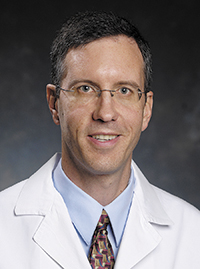 "It's an exciting time. There has been a great deal of recent progress in understanding the mechanisms involved in the development of Alzheimer's," neurologist and neuroscientist Erik Roberson, MD, PhD, and UAB associate professor of neurology said. "We still don't have definitive answers about the fundamental cause of most cases, but we are finding important clues about the process, particularly in genetics."

"Only a small percentage of cases have a direct genetic link inherited through families that show a high incidence of early onset Alzheimer's," he said. "However, there are more than 30 genes associated with the disease that can change during a lifetime. If triggered, they can become involved in the progression of the disease."

In recent years, better technology and large studies have allowed Alzheimer's patients to be characterized and common genetic risk factors to be identified. Imaging advances are also now allowing changes in the brain to be detected years before symptoms appear, opening the door to investigation of treatment strategies that might stop or slow the process.

"People may carry a combination of genes for risk factors, but like smoking and lung cancer, not everyone who smokes gets cancer and not everyone who has the genes gets Alzheimer's," Roberson said. "We know there is a genetic association, but it doesn't tell us how it happens. This is where basic science is active now. We are looking at what genes are doing in the brain and trying to determine how things go wrong. Why do some people with genetic risk factors get Alzheimer's and others don't?

"This is where a personalized medicine approach can be useful. Some people may have risk factor A or B, or a combination of C and D. There are different pathways, and they may need different treatments."

Age could be the greatest risk factor for Alzheimer's. Symptoms usually appear after the age of 65. What happens between birth and the senior years that triggers the genes involved in the destruction of the brain's memory centers?

As we age, the brain suffers a variety of insults from injuries and infections to vascular damage, and even a type of insulin resistance that can create problems supplying the brain's high demand for energy. Brain chemicals and proteins that were normal in childhood can become elevated in later years, perhaps not so much due to overproduction as to the body's failing systems for clearing them.

"As AD progresses, two major proteins show up in lesions within the brain. An excess of amyloid beta proteins build up as cotton-ball-like plaques between brain cells. Finding effective treatments to prevent this buildup has been a primary focus of research," Roberson said. "Our lab is working on another target for new therapeutic strategies. Tau is a microtubule-associated protein that accumulates within the brain cell itself, taking on the cell's shape to become a neurofibrillary tangle.

Although amyloid and tau proteins tend to accumulate in different areas of the brain, there appears to be an interaction between the two.

"In mice bred without tau, amyloid beta doesn't seem to have such a toxic effect. Reducing tau seems to be protective. We're looking at the role of tau in neuronal excitability and its function in neuronal dendrites, but mice seem to do fine without it. That suggests reducing tau in humans could be an option. We want to learn more about why reducing tau is beneficial and the best ways to target it therapeutically. We're looking at the relationship between tau and amyloid proteins, as well as tau and the Fyn protein, which also seems to be involved. We've identified compounds that may block the tau and Fyn interaction. This is another avenue for new therapies that might give us a way to intervene in the progression of the disease," Roberson said.

Alzheimer's disease is the sixth largest killer of Americans. It can kill in as little as five years from the onset of symptoms, or it can be a long, slow agony for patients and their families. It robs patients of the memories and relationships that make them who they are. It steals years of productivity from both patients and caregivers, and the emotional and financial impact on families can be devastating.

The big picture of what causes Alzheimer's disease is unclear and challenging, like beginning a thousand-piece puzzle. But the good news is that basic science is identifying some of the corner pieces and fitting them into place. Piece by piece, the solution will come.