Kidneys from Genetically Engineered Pigs Are on the Horizon 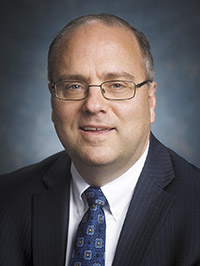 Within four years, pigs could be providing kidneys to humans in need, thanks to the revolutionary Xenotransplantation Program at UAB.

Announced last April, the Xenotransplantation program aims to produce genetically modified pigs to meet the high call for a variety of human organ transplants. "We're starting with kidneys because the demand is so high," says Joseph Tector, MD, PhD, the director of the program who has decades of xenotransplant research under his belt.

At UAB alone, 3,100 patients are waiting for a kidney. Another 99,000 candidates wait throughout the U.S., with an additional 21,000 in need of some other lifesaving organ transplant. Right now, those people with the most common blood type wait an average of six to eight years for a kidney.

To begin the new program, UAB secured a five-year, $19.5 million grant from biotechnology company United Therapeutics Corporation. Five million of that has gone toward renovation and construction of a 15,400 square-foot facility to house the pigs.

Located off the campus, the building will initially hold about 30 pigs. "That's kind of an incubator for us to get the program off the ground and show that we can get kidneys into people. Once we show it works, we're off," Tector says.

The pigs will all stem from the same cell population. "We put part of that cell into an oocyte and put that into another female that gestates into a baby pig," Tector says. "But all the genetic makeup is identical."

The genetic engineering eliminated what commonly triggers the human antibodies that cause the rejection of pig cells. "Most antibodies seem to bind to sugars on the cell surface of a pig, so we've knocked out those genes that are responsible for making those sugars," Tector says.

He was surprised at how few sugars had to be identified and removed. He credits their speedy progress in finding the three sugars to the release of new technology for cutting DNA called the CRISPR-cas9.

His team accomplished that in 2015. "It lifted the antibody barrier for a lot of people on the wait list," Tector says. Since then, they have performed a number of transplants in primates. "Five have been out for a year, so we're optimistic," he says.

This program could eliminate the transplant waiting list. "We could be the source of pigs for the rest of the country," he says.

The pigs would also serve as sources for other needed organs and tissue, such as neuronal cell transplants for patients with certain neurodegenerative diseases, such as Parkinson's, and corneal transplantations.

The next step is to prove they can create pigs in the new facility that are devoid of FDA-required viruses. "We have to make medical-grade pigs," Tector says. No other animals will be allowed in or out, no one can enter who is ill or been around other pigs within a certain time period. "The pigs have to be kept clean, so there are lots of rules."

Human trials are expected to begin by 2021, dependent on the FDA. "That's going to take some finessing," Tector says.

The genetically engineered pig right now should match about 70 percent of those on the waiting list. "Ultimately, I think we can make a pig that's good for every human," Tector says. "It might be more than one pig. Not positive yet, but I think we're looking at a smaller number of pigs than you might think."

Physicians, Tector says, should tell people to have confidence in this process. Pigs have already been supplying heart valves and grafts to humans for years. "This process has been done very carefully," he says. "It has enormous potential to help people. It's not something that was just dreamed up overnight."

Right now, the program is all about paperwork. "The science for an initial entry to the clinic is done. That's why it's a particularly challenging time in my life," Tector says. "I feel like one of those rodeo riders sitting on the bull in the holding chute -- you're ready to go, but can't until they open the gate."