The Repeal of Obamacare 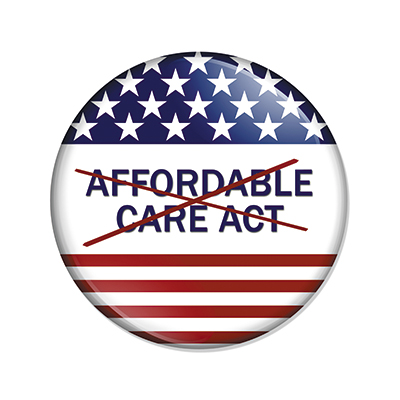 "What the healthcare community hates about the Affordable Healthcare Act (ACA) is that our patients have very few choices and are not able to have the insurance they expect," says Chad Mathis, MD, an orthopedic surgeon in Pelham, Alabama.

Hospitals, he says, will lament the loss of the ACA. "They benefited the most from it. The formation of Accountable Care Organizations fed everything into hospital-based type systems so we've seen less control between physicians and patients under Obamacare. And we don't have as many independent practitioners anymore."

Mathis ran for Congress in 2014 in the 6th district. Though he lost the election, he stayed connected with the "doc caucus" in DC composed of healthcare professionals serving as Republican House members, including physicians, dentists, nurses and pharmacists. "We lost a few members this last election, so we're down to nine," he says. 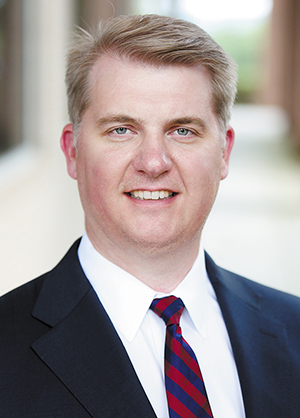 In December, Mathis attended the doc caucus meeting in DC where Representative Tom Price -- President Trump's choice for secretary of health and human services -- spoke on his plans. "He talked about what we would see moving forward," Mathis says.

Price, an orthopedic surgeon representing the northern suburbs of Atlanta, has introduced detailed bills to replace the ACA in every Congress since 2009. Many of his ideas were part of the "Better Way" agenda issued several months ago by House Republicans.

The plan is to replace the ACA via the reconciliation process. "This is how Obamacare was passed in the first place, which is through the budget, because it requires only a simple majority," Mathis says. "It's legislative jujitsu." This allows the legislature to alter any financial aspects of the ACA, such as the tax allowances for those buying marketplace policies and cutting the Medicaid expansion.

The main thrust of the replacement plan rests on Health Savings Accounts (HSAs). These allow individuals to set aside pre-tax earnings in a designated bank account to be spent only on medical costs. Unlike a deductible, money saved to an HSA does not roll back to zero at the start of the year, so money for deductibles, prescriptions, and co-pays would be on-hand, assuming patients have the capacity to continue refilling their HSA.

HSAs have been in play for years. The plan would expand their use to most anything medically related, including over-the-counter drugs.

"It's the best way to control healthcare costs because the individual is in charge of his own healthcare dollars," Mathis says. That way, patients pay for most of their annual standard medical costs from that account, instead of insurance companies and the government. That frees them to need only lower-cost catastrophic policies.

Add in the probable relinquishments of government and insurance-based requirements under the new administration, and treatment and diagnosis options will open up. "If the end user and the physician are making the choices, you'll see healthcare spending come down," Mathis says.

Policy choices for both individuals and employers could also broaden with the proposed ability to purchase coverage from out-of-state. "You won't see changes in the rates of your current plans," Mathis says. "Instead, you'll see new plans available so people can switch to lower-cost ones."

A nationwide marketplace would give physicians greater input with their reimbursements. "But we will have to be willing to push back and say that we can't accept a particular fee schedule if it's not cost-effective," Mathis says.

However, it remains unclear, especially in Alabama, as to whether or not many insurance providers will find it economical to recruit physicians and market for new policy holders. In addition, healthcare providers will have to find it worthwhile to get credentialed at countless insurance companies nationwide.

Mathis stresses that the overhaul of the ACA will only be felt in the billing department. "This won't affect physician interaction with the patient. You'll still see patients and provide care," he says. "But now it will be about how this care is going to be reimbursed and having the patient determine if they want to pay for it. You're going back to multiple insurance models."

This lack of change will disappointment the healthcare community in repealing Obamacare. "Physicians want something to affect their day-to-day, and this is not going to do that," Mathis says. "That's MACRA reform [Medicare Access and CHIP Reauthorization Act]. We're getting bombarded with regulations and spending so much time on being compliant, but that has nothing to do with Obamacare."

The replacement plan faces numerous conundrums, including what to do with those on the extended Medicaid coverage created under the ACA. Or how to keep affordable coverage for those with high-risk and pre-existing conditions without boosting premiums for others.

"There are lots of moving parts," Mathis says. "This is a time to sit back and pop your popcorn, and see what happens."