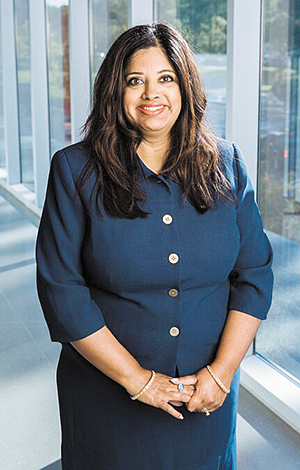 30 years ago, the introduction of statins proved to be a major breakthrough in cardiovascular care. The cholesterol-lowering medicines became the best-selling drugs in pharmaceutical history. Now there is a new breakthrough - two injectable medicines, known as PCSK9 inhibitors, that fight cholesterol by attacking the enzymes that allow cholesterol to migrate into the bloodstream.

"These new drugs are totally different than statins," says Dr. Anu Rao of CardioVascular Associates. "Statins function through the liver, while the new drugs operate through the immune system by blocking the destruction of LDL cholesterol receptors."

The two drugs, known as evolocumab (Repatha®) and alirocumab (Praluent), are similar but have different chemical structures. They can be effective in as little as three to seven days.

Thus far, the results are impressive. One 12-week study showed that Repatha® lowered LDL an average of 71 percent when added to a statin.

"This is a huge breakthrough," says Rao. "We, of course, want to see the long-term data, but the initial figures are very impressive in reducing vascular events and mortality from heart attack, stroke, and peripheral artery disease (PAD).

"The drugs appear to reduce deaths from those factors to a degree that is above and beyond what statins have done in the past. The statins are really good drugs and there's still an important role for them. Unfortunately, some patients have incredibly high cholesterol despite getting the maximum dose of statins. The new medicines help patients in this category.

"The newer medications bring the focus back to numbers, but there are other bad cholesterol particles in the bloodstream and we need patients to know that their numbers don't completely indicate their risk. Some people can have low numbers and can still be high-risk, while others can have high cholesterol levels and never have a heart attack in their lifetime.

"A person's cardiovascular risk has to be considered in the context of other factors like family history, smoking, diabetes, high blood pressure, and other novel risk factors like rheumatoid arthritis and lupus. The new medications can be very helpful for patients who have familial hypercholesterolemia in whom cholesterol levels are super-elevated, contributing to cardiac risk. In patients who do not have familial hypercholesterolemia, they are currently not approved for use in the absence of a prior cardiac event like a heart attack or stroke.

"People with many risk factors still need cholesterol modification with traditional therapies including lifestyle changes and, if appropriate, statin therapy. High-risk patients or patients who already have coronary disease should ideally get high-intensity statins like Crestor (Rosuvastatin) or Lipitor (Atorvastatin).

Can cholesterol ever be too low? "Not that we know of," Rao says. "Many decades ago it was shown observationally that people with very low cholesterol, say under 30, had a higher mortality rate. But when they examined why these people had low cholesterol, there were often other contributing factors like poor nutrition, and debilitation from cancer or other diseases that would have contributed to their mortality rates. In randomized controlled studies, there's been no significant harm seen in people with super-low cholesterol levels. If anything, lowering the LDL level well beyond the target of 70 has shown further reduction in cardiac events. Fetal cholesterol is about 30. It's actually less ideal to under-treat a person who is high risk as they may not get the full benefit of available therapies and go on to have a preventable vascular events like heart attack and stroke."