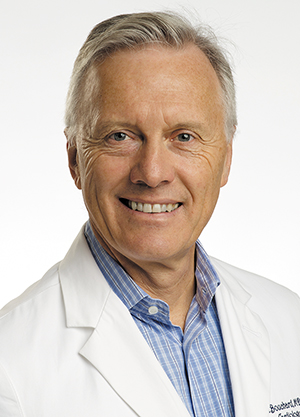 Can stem cells mend a broken heart? Which approach to managing carotid stenosis is the best option to help which patients avoid a stroke?

Answers might be found in two major clinical trials at Brookwood Baptist Health, which has risen in prominence in cardiovascular research after enrolling more participants in both the DREAM HF trial and the CREST 2 trial than most centers in the US.

Heart disease in 2017 is a good news/bad news story. The good news is that advances in treatment are saving more lives than ever. The bad news is that a growing number of elderly people are burdened with heart failure, carrying with it a sense of inevitable decline that must feel like falling off a cliff in slow motion.

Unlike younger patients who might qualify for a life-saving heart transplant, there is little physicians can offer these patients when all medications and treatments have been optimized, but their hearts have deteriorated to the point that they experience unusual fatigue and shortness of breath and must be hospitalized frequently and treated with IV diuretics and inotropes.

"Heart transplants work, but there are too few hearts available even for younger patients. With age comes a range of other conditions that can make qualifying for a transplant list impossible. So, when another heart isn't an option, we have to look at ways to rejuvenate the patient's own heart and help it pump more effectively," said Alain Bouchard, MD, of Cardiology PC on the Princeton campus of Brookwood Baptist Health.

Bouchard and his colleague Farrell Mendelsohn, MD, are conducting ground-breaking research as part of the international phase 3 DREAM HF trial investigating the use of allogenic stem cells to stimulate the heart's own repair system.

"About 40 percent of an adult's heart cells have been replaced since birth," Bouchard said. "The heart has its own stem cells and there is a wonderful potential for the heart to repair itself. When we inject stem cells, most of those cells don't seem to be directly used to make repairs. In fact, in animal studies, few of the stem cells can be found the next day. However, the injection of the cells seems to stimulate the healing process through a paracrine effect that releases cytokines and growth factors that trigger repairs and inhibit cell death."

"We believe allogenic cells from healthy adult donors are more likely to stimulate a stronger response than stem cells from patients, who are likely to be older and may have other conditions that could be of concern," Bouchard said.

Bouchard follows patients clinically after they receive the stem cells in a percutaneous procedure performed by Mendelsohn.

"The stem cells are delivered to the left ventricle via transendocardial injections using a specially designed catheter with micro needles," Bouchard said. "To guide precision placement of the injections, Dr. Mendelsohn uses the NOGAR XP Cardiac Navigation System. We're hoping stem cells injected next to damaged tissue will reduce and possibly eliminate scarring as well as inhibit fibrosis. A heart attack kills several grams of heart muscle, and each gram contains 20 million cells. If we can enhance the heart's ability to repair itself, we can reduce the devastating effect chronic heart failure has on both the length and quality of life."

The double blind aspects of the trial are kept very separate.

"Only Dr. Mendelsohn knows which patients received the stem cells, and he doesn't follow them," Bouchard said. "I have no idea who received stem cells or placebo, but I'm seeing good progress in some patients. When the study ends, I'll be curious to look up the status of one 43-year-old lady who has done particularly well. She was on the heart transplant list. Now she has improved to the point that she has come off the list. We help patients manage other risk factors including blood pressure, diet and activity, and I will be eager to learn whether she was one of the patients who also received stem cells."

The DREAM HF trial is ongoing and continues to enroll participants. To qualify, patients must have chronic systolic heart failure with an ejection fraction of 40 percent or less.

Although the ongoing CREST 2 trial is still enrolling new participants and the study will continue for a few more years, several interesting insights have already come to light. 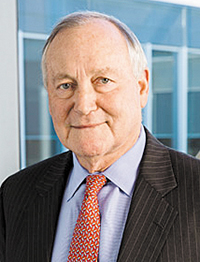 "We're finding that all our patients are doing better," said principle co-investigator Gary Roubin, MD, FACC of Cardiovascular Associates of the Southeast and Brookwood Baptist Health. "Whether patients receive stents, surgery or medical management, we are seeing improvement.

"A significant protocol-driven factor is that we aggressively work to help participants get risk factors under control. We have a special team that tracks patients and helps them reach their targets for cholesterol, blood pressure, and diabetes, and supports their efforts to stop smoking, eat healthy and become more active.

"Another important aspect for patients who don't respond to the usual statin medications is that through the study they have free access to new cholesterol medications that tend to be quite expensive. This can help them bring their cholesterol down and save up to $10,000 a year."

The CREST 2 study, Carotid Revascularization and Medical Management for Asymptomatic Carotid Stenosis Trial, is an NIH multicenter randomized 1:1 investigation comparing stenting or endoreterctomy followed by medications with medical therapy alone in patients who present with severe carotid blockage but no specific neurological symptoms.

The comparisons will include the incidence of stroke and death, major stroke, changes in cognitive function and differences in the effects of modification based on age, sex, severity and risk factors.

Medications have improved in recent years and once statins and antiplatelet drugs are being taken and blood pressure is under control, the risk of having a stroke is lower. Whether it will be low enough to avoid the need for an invasive procedure is the major question CREST 2 hopes to answer.

"Another improvement we see is in patient satisfaction with a more clearly determined approach to the best treatment in their case," Roubin said. "When the choice is revascularization, stents may be the best option for less complex cases. When there is a great deal of calcification or bends in the blockage, an endoreterctomy can be a better choice. Patients find it more satisfying when they understand the process of making decisions and what it means for their health."