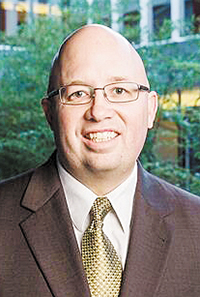 New guidelines for managing hypertension are expected this year. Meanwhile, in light of the SPRINT study and years of debate about blood pressure targets for older adults, many physicians face questions over how aggressively they should push for lower blood pressure numbers.

On one hand, the Systolic Blood Pressure Intervention Trial ended early because data showed such strong benefits in lowering systolic blood pressure to under 120 mm Hg in people age 50 and older with hypertension and at least one other risk factor for heart diseases. The risk of death from all causes was reduced by over 25 percent compared to other subjects aiming at a target of under 140 mm Hg. The lower blood pressure also reduced a combined end point of heart attack, acute coronary syndrome, heart failure and strokes by 30 percent, with the benefit particularly strong against heart failure.

On the other hand, some clinicians have raised concerns about differences in how blood pressure was measured during the trials, as well as expressing worry about possible side effects when targeting aggressive blood pressure goals in elderly patients.

"One outcome that can't be fudged is death," said Andrew Miller MD, FACC, of Cardiovascular Associates of the Southeast. "The reduction in mortality (from the Systolic Blood Pressure Intervention Trial) was so significant that if your patients match the subjects included in the trial, you have to think about how they could benefit by working toward a lower target.

"There was some worry about over-treating because the numbers doctors see in the office are likely to be higher. Other studies have shown that just checking in at the desk can raise blood pressure by 8 mm Hg and having a doctor present can raise it by 12 mm Hg.

"Perhaps, as best practice, we need a better way to take blood pressure. To more closely reflect the patient's normal numbers, the trial allowed the patient to rest for five minutes alone in a quiet room. The pressure was measured by an automatic device with no one else present. Three pressures were taken and then averaged."

Another concern was whether bringing blood pressure down to a lower target would require too many drugs, too much expense that would interfere with compliance, and a potential for too many side effects.

"The group targeting under 140 usually required two drugs. To get under 120, most patients required a third drug. All the drugs were generic and have been used effectively for years. There was a formulary to choose from, and the three most common drugs were the diuretic Chlorthalidone, the calcium-channel blocker Amlodipine, and the ACE inhibitor Lisenopril," Miller said.

Differences in side effects were low, and there was no increase in the risk of falls or fractures.

"Dosages were closely titrated and adjusted frequently to determine the minimum needed for the best result," Miller said. "Patients were followed every month for three months, then every three months. That's an approach that physicians might want to consider in a clinical setting.

"We physicians tend to be wary in managing blood pressure in elderly patients with stiff arteries. There can also be a greater risk of adverse effects when blood pressure gets low. But there was a special cohort of older participants in the study--25 percent of the more than 9,000 participants were 75 or older. As it turned out, the older patients saw the greatest benefits from targeting the lower blood pressure.

"African-Americans made up 30 percent of the study, which is good to see since hypertension is such a problem in this population. The recommended mix of medications was slightly different, but showed similar results."

One criticism of the study has been that patients with diabetes, a previous stroke and certain types of kidney disorders were excluded. This was done by design, as these populations were included in previous studies and the trial was focused on getting a clear view of hypertension as seen in average patients.

"Hypertension is the most common cardiovascular disorder in America," Miller said. "It is also under-diagnosed and under-treated, and all too often patients fail to achieve control. Hypertension does so much damage to the body, and can lead to cardiovascular damage, heart failure, stroke and kidney disease."

It's also vital that patients understand how important controlling their blood pressure is and what their efforts in compliance and lifestyle changes can mean for their future and quality of life.

"Getting rid of ten pounds is equal to four points off your blood pressure. Even small changes can make a difference," Miller said.