A recently developed cell phone application gives new meaning to the term 'house call.' The program, known as ChronicCareIQ, is an app that helps doctors remotely monitor the care of chronic patients.

"We were one of the first groups to start using it regularly," says Brian Flowers, MD of Birmingham Heart Clinic. "It's very user-friendly and our patients tend to like it."

Essentially a patient chooses a time of day to be contacted, and the app sends an alarm and opens a screen with questions to be answered about their condition. "There are different protocols depending on the indications we're monitoring," Flowers says. "In our case it's heart failure, atrial fibrillation, and hypertension." The program is for patients who have two or more chronic conditions.

Sample questions might be, "Have you had shortness of breath?" Other questions target more details: "did this occur while you were climbing stairs, walking on level ground, or stationary?" The app also asks for blood pressure and weight. 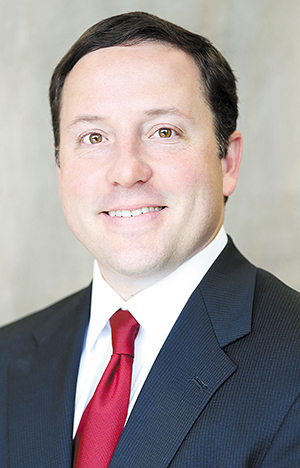 "We rotate the questions," Flowers says. "So one week we might ask if the patient is sleeping on one, two, or three pillows. And maybe follow up by asking if that is more or fewer pillows than before. Another day we could ask if their swelling has increased, or if they're more or less fatigued.

"Occasionally we find a patient whose blood pressure is higher than we thought it was, or whose weight is more than we expected, and they haven't notified us. So sometimes patients come in sooner, make appointments to discuss some of these issues and make further changes. At times it's possible to make those changes over the phone, but if we're making changes in a lot of their medicines, they need to come in so we can make sure that there aren't other factors contributing to it.

"We don't know that this has significantly reduced office visits, but my hope is that it reduces hospitalizations. That's the big picture, and I think there are a few patients this has actually been effective for."

While common wisdom might suggest that patients' willingness to try the new technology is in proportion to their age, Flowers says he's been pleasantly surprised by older patients. "Some say it gives them another reason to get a smart phone. The interface is very intuitive and user-friendly. Once we set it up in the office, and get them logged in and enrolled, they don't have to do anything but listen for the alarm and read the screen on their smart phone or other device."

Flowers makes it clear to his patients that the new product is not a one-stop solution for reporting health problems. "It's more of a way to give us trends," he says. "So if there's some major change in a day, we tell everyone it's not an emergency device or program. This is made to help with chronic conditions. So if something changes drastically, whether it be their symptoms such as blood pressure, we want them to call the office or go to the emergency room as they would normally do."

Some 150 of Flowers' patients are using ChronicCareIQ, and he plans to add more during the year. Even though the patients' compliance rate fluctuates, Flowers been very satisfied overall. "We have a handful of patients enrolled who don't input the data on a daily basis, in which case we contact them to give us the information. What's more telling, to me, is that only a very few people have wanted out of the program. Maybe five people haven't continued it for various reasons. But the vast majority who have started the program like it and want to stay with it, and that has probably been my biggest surprise."

The application lends itself to many other specialties in addition to cardiology. "The man who founded the company is diabetic, and he envisioned it as a great tool to use in those situations," Flowers says. "It's a perfect example for managing chronic conditions like that.

"We wanted to be on the forefront of the move toward technology and electronic medical records, and one of the biggest struggles of the new technology has been that it's sort of fractionalized things more than it's brought people together. My hope is that this helps creates a tool to allow all the providers to collaborate better."