Ten Measures for the Prevention of Sudden Cardiac Death 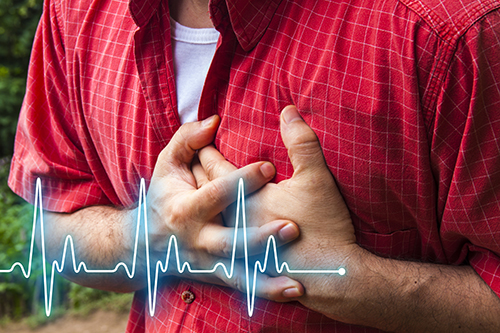 A joint report from the American College of Cardiology and the American Heart Association released at the end of 2016 outlines 10 quality and performance measures intended to prevent sudden cardiac deaths.

Published Dec. 19, 2016 in both the Journal of the American College of Cardiology and Circulation: Cardiovascular Quality and Outcomes, the evidence-based, guideline-endorsed recommendations address key risk factors for sudden cardiac arrest (SCA) and interventions to prevent sudden cardiac death (SCD).

"The scope of the issue is that SCD is the most common mode of death in the U.S., and despite many advances in resuscitation and other areas of SCA/SCD care, the survival rate of SCA victims is still low and the risk of SCD is still high," Sana Al-Khatib, MD, FACC, co-chair of the writing committee and a professor of Medicine at Duke University, explained of the need for this first comprehensive measure set for SCD prevention.

Each year there are more than 350,000 out-of-hospital cardiac arrests in the United States. "While some people - such as patients with heart failure - are known to be at risk for sudden cardiac death, others are not," Al-Khatib noted. "We need initiatives to improve the quality of care for those with a known risk but also for the victims of sudden cardiac arrest." 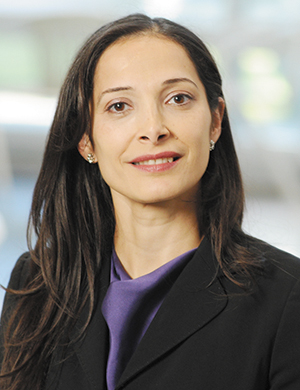 To move the needle on improving survival rates, Al-Khatib said the committee proposed performance measures and quality metrics that span different aspects of care ranging from prevention to resuscitation, as well as management of known conditions.

The 10 performance measures (PM) and quality measures (QM) are:

PM-1: Smoking cessation intervention in patients who suffered SCA, have ventricular arrhythmias, or are at risk for SCD.

QM-1: Screening for a family history of SCD.

QM-2: Screening for asymptomatic left ventricular dysfunction among individuals who have a strong family history of cardiomyopathy and SCD.

QM-3: Referring for CPR and AED education the family members of patients who are hospitalized with known cardiovascular conditions that raise the risk of SCA.

PM-2: Use of ICD for prevention of SCD in patients with heart failure and reduced ejection fraction who have an anticipated survival of > 1 year.

PM-3: Use of guideline-directed medical therapy (ACE-1 or ARB or ARNI, beta-blocker, aldosterone receptor antagonist) for prevention of SCD in patients with heart failure and reduced ejection fraction.

PM-4: Use of guideline-directed medical therapy (see above) for the prevention of SCD in patients with myocardial infarction and reduced ejection fraction.

PM-5: Documenting the absence of reversible causes for ventricular tachycardia/ventricular fibrillation cardiac arrest and/or sustained VT before a secondary-prevention ICD is placed.

QM-4: Counseling first-degree relatives of survivors of SCA associated with an inheritable condition.

Although guidelines exist for the prevention of sudden cardiac death, there has been an underutilization of public health initiatives, treatments and device therapies for at-risk patients. Al-Khatib said many of the measures the committee proposed are novel or not well established in the format proposed. "We have data on low use of these proven interventions in relation to most measures," she said, adding the novel construct of the 10 measures should impact care if it put in place.

"The hope is that most would use all of these measures, but even if a few of these measures are implemented, we still expect to make a difference," she said. Al-Khatib continued, "These measures were picked based on what is most important and what would be most impactful emphasizing the importance of the problem and gaps in care."

In addition, she said the committee, which was divided into smaller groups based on expertise, took into account validity and reliability of data sources and collection, usability and feasibility in terms of workflow to come to a consensus on the measures.

"Despite the existence of many proven interventions, the use of these interventions is lacking in many areas and so the survival rates for SCA victims have not appreciably improved," she said, again emphasizing that SCD is the most common mode of death in the nation. "A multifaceted approach to this problem is needed. Such an approach is achievable through the implementation of this set of performance measures and quality metrics," Al-Khatib concluded.