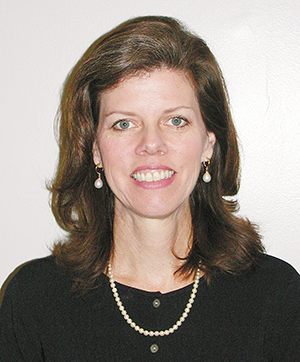 "The great thing about being part of Partnership for Patients is you have access to a lot of resources," says Vicki Britt, director of quality management at Pickens County Medical Center.

The 56-bed rural hospital in Carrollton, Alabama, dropped readmissions from 11 percent in 2012 to 3.6 percent last year. The previous year alone showed a 71 percent reduction. "Every year, we have been able to make improvements on our all-calls readmission rate," Britt says. The statistic covers readmission for any reason within 30 days of discharge, and is just one of the 11 data points of the Partnership for Patients (PIP) initiative.

PIP began four years ago when the Centers for Medicare & Medicaid Services (CMS) awarded grants to various hospital networks to reduce patient harm and preventable complications by a specific amount. "It focuses on key areas, such as preventing falls, readmissions, infections, blood clots, and sepsis," says Rosemary Blackmon with Alabama Hospital Association (AlaHA), a participant in PIP as part of the grant awarded to the American Hospital Association (AHA).

"The goal was very ambitious that first year -- 40 percent reduction in harm incidents and 20 percent in readmissions," Blackmon says. This past year, those targets dropped to 20 percent and 12 percent.

Even before the CMS program, AlaHA had been holding monthly quality task force meetings. "We called it our Revival, because they were really faithful," Blackmon says. The group had met monthly for 12 years. "We would get 20 or more in person and 20 or more on the phone every time." Their larger biannual meetings would draw in around 300 hospital personnel.

With PIP funds, AlaHA expanded their staff and their support to include national experts to meetings, twice-weekly webinars by AHA, and an array of "change packets." The packets contain best practices tools, a sample protocol, and a Top 10 checklist for reducing incidents of that particular target area.

Each month, AlaHA calls the 35 hospitals who directly participate with them in PIP and does an annual site visit. "We talk through their monthly data, find out what's going on, and ask if we can provide resources," Blackmon says. About 90 percent of the acute care hospitals in Alabama participate in some form of a hospital engagement network (HEN) that connects to PIP.

Those who don't, still benefit. "My people pore through meeting notes and share that information with all the hospitals. So we get a lot of bang for the buck from any regional meeting," Blackmon says.

It was with the BOOST and LACE tools garnered through PIP that Pickens County Medical Center reduced their readmissions declines. "These are nationally known tools. We're so small with so few resources that to have a nationwide group to pull from is a huge advantage for us," Britt says. The hospital uses the tools to score a patient's risk for readmission and to indicate how to work with the patient after discharge for the best possible outcome.

For patients with a diagnosis that proves to be high readmission for their facility, like pneumonia and congestive heart failure, the hospital calls within 72 hours of discharge.

They also schedule an appointment for the patient with her primary care physician in the week before the patient leaves. "It's been found that if they're seen within a week, they will ask questions rather than sit on it and let it become something bigger," Britt says.

As part of PIP, Grandview Medical Center improved their numbers in four areas from 20.7 percent to 72 percent in the last year. All stimulated by weekly meetings of clinical teams. "They're involving themselves in the case while the patient is still here or while surgery has just been performed, so any harm can be managed on a real-time basis rather than after the patient has been discharged," says Keith Granger, president and CEO.

Out of the meetings came a simple solution. Hospital staff had noticed a greater prevalence of deep vein thrombosis in obese patients. "The pharmacy's staff suggested we increase the anticoagulant dosage on these patients, and since that change, we have had no incidence of that condition arise," Granger says. "It's one situation where you observe data and get results. If we had not been doing that on a highly focused basis, I'm not sure it would have been identified."

Communication proved to be the lever of change at Monroe County Hospital as well. In 2013, 20 percent of babies were early-elected deliveries before week 39 for no medical indications. "It was for patient preference," says Anne Shirah, director of quality services at the 94-bed rural hospital. By the fall of 2014, they had dropped that number to zero. A well-accepted practice among obstetricians, "if a physician schedules for induction at 38 weeks, it takes a strong, hospital to say no," Shirah says.

PIP provided an avenue to reach patients by placing posters in physicians' waiting rooms showing the difference in a baby's size in one week, along with monthly child-birth education classes. Shirah also presented at medical staff meetings, met one-on-one with the manager of obstetrics, and had the hospital sign a pledge that they would not electively deliver before 38 weeks.

"It was not until guidelines came out from obstetric resources that physician practices changed, though. You have to give them the data," Shirah says, which she gathered from PIP and hospital engagement network sources.

Blackmon says the networking and pool of knowledge through PIP participation is invaluable. "The beauty of this project is that there are so many great resources out there," she says, emphasizing the impact of the national participation, including the American Heart Association and the Health Research & Educational Trust. "After being here forever, it's nice to see a project that's really making a difference."