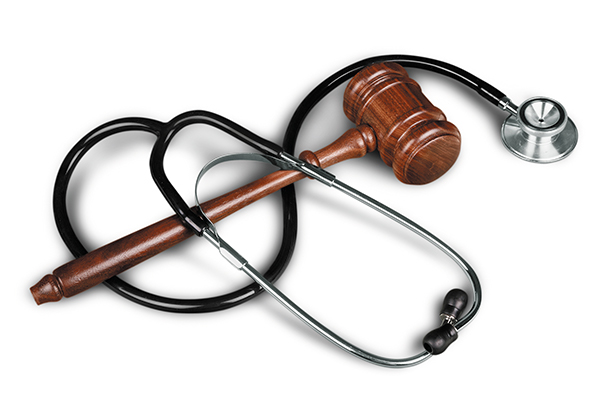 During last year's Alabama legislative session, Senator Trip Pittman introduced a proposal to rein in the costs of malpractice suits. Senate Bill 413 would have replaced the trial-based system with a no-blame, administrative one.

The Patient Compensation Act sat in committee until the end of the session. But Pittman has continued his efforts to seek an alternative to the current system, which is said to drain Medicaid state funds through higher malpractice insurance and large payouts by juries.

"As the General Fund chairman, I'm always looking for potential savings," Pittman says. "As this was presented to me, it could possibly save Alabama tens of millions of dollars. But you don't really find out all sides of an issue until you put a piece of legislation out there."

The Medical Association of Alabama surprised Pittman with its opposition. "I didn't realize that opposition would be as strong," Pittman says. "But that doesn't mean you don't continue to work through it."

"We did not support it last session, and I do not anticipate we would support it in 2017," says Mark Jackson, executive director of MASA. "This whole concept is a very unproven liability system that we're not aware of in this form anywhere else in the country."

The same or a similar proposal has been introduced in several other states, including Florida, Georgia, Ohio and Tennesse, but has yet to pass. "These bills don't seem to get anywhere. Close examination shoots them down," says Frank O'Neil with ProAssurance Corporation, the third largest malpractice firm in the country and the primary insurer in Alabama.

The bill would have established a new system under the Alabama Department of Public Health. Patients seeking redress for a medical injury would submit an application. The Office of Medical Review, created by the new system, would determine whether evidence supported the patient's claim. The healthcare practitioner cited in the claim would then support or oppose the application. Contested applications move on to an Independent Medical Review Panel. If found valid, the patient receives compensation based on a pre-determined schedule of payouts set by a panel of physicians and medical experts. An appeal of final determinations could be made to the circuit court.

The government's involvement and the complexity of the system raises criticisms. "Government is not the place you look to for efficiencies," Jackson says. "It becomes a bureaucratic quagmire."

The financial end of the system adds more government layers. A Patient Compensation Board would govern the system and approve the compensation schedule. The monies would come from an annual contribution made by healthcare practitioners based on their type of practice. The Office of Compensation, also created by the new system, would oversee the fund.

The pre-set compensation schedule should mean a major decrease in total payouts on claims. However, Mark Jackson disagrees. "That appears to be true," he says, "until you realize the number of claims will increase exponentially because all you will have to do to put a claim in the system is to call an 800 number and say, 'hey, I didn't like what happened with my doctor'."

Proponents of the bill state the new process would dampen physicians' need to practice defensive medicine to cover any vulnerability to malpractice claims. They estimate the extra tests and labs that physicians request will cost Alabama $1.3 billion in Medicaid over the next decade and $106 million in state health insurance plans in 2015.

"If it could produce that change in the culture of medicine, it would be years in the making," Jackson says. Physicians would still have to defend their cases under this system. Only time would tell if defensive medicine strategies would still play a viable part in their defense.

"We feel like the liability system we have in place now, while not perfect, is much more preferable than this proposed system that has no proven track record," Jackson says. The Act that malpractice works under today was passed in 1987 and amended in 1992.

O'Neil agrees. "Alabama has a carefully constructed, evolved system that includes safeguards for plaintiffs and patients that works well," he says. "Insurance rates are based on losses. If losses go up, rates go up. Rates have been steady in Alabama for over 15 years."

Another unseen vulnerability for physicians lies with the National Practitioner Data Bank (NPDB), a confidential information clearinghouse, created by Congress, that tracks malpractice claims and settlements against physicians and other healthcare entities.

Going through the courts, malpractice claims get stripped down to the ones meriting court appearances. "Under this system, every time someone called in, that goes into this databank which is not fair," Jackson says.

Pittman agrees that multiple areas of the plan need more scrutiny, including the payouts. "When you create a pool of money, you create a whole new ballgame," he says. There is also the question of what to do if the pool of money runs out or leaves a surplus. And there is uncertainty about how payments to the fund would be handled in the physician's taxes.

"When you first hear about this proposal, it sounds great," Jackson says. "However, as we dig into it, we find that it doesn't live up to its objectives. It's unproven, so a lot of this is speculation."

Jackson says there may be isolated cases where a physician who would have lost a case in court might fare better through this system. "But in general, it does not benefit physicians," he says. "It takes away the jury of their peers and the provisions and precedents of the medical liability act that created the level playing field in Alabama."

"There are a lot of details that make this more complex than laymen like myself would realize," Pittman says. "But as a businessman, I understand putting deals together." Hoping to still find a new solution to malpractice costs, the Senator brought proponents, including Ted Hosp with Maynard Cooper, and opponents, like MASA, together at a meeting in December.

"The meeting certainly was vigorous with a lot of passion on both sides, but not a lot of consensus," Pittman says.

As of the end of the year, the proponents are redrafting the proposal to address concerns. "Then we'll see if there's something to discuss," Pittman says. "When you think you're moving toward something better, it's not always as straightforward as you would hope."