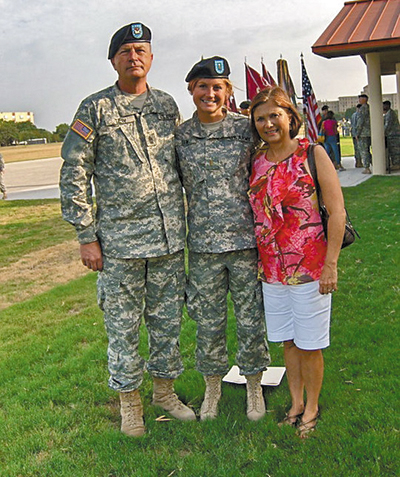 Tew (center) with her mother and father. 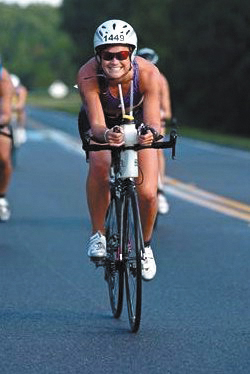 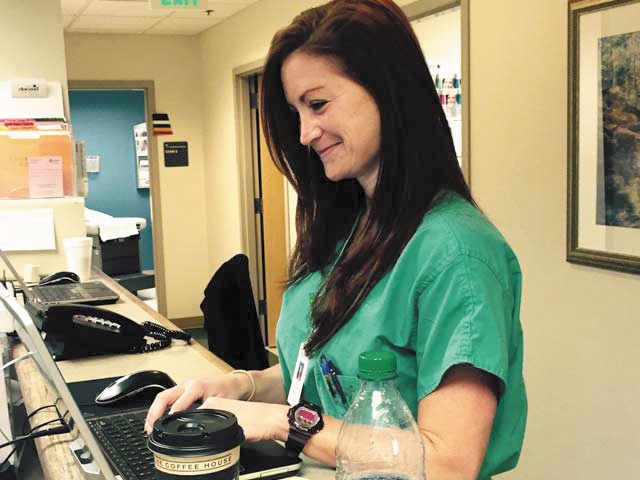 Witney Tew, MD is a firm believer in service over self. It not only drove her decision to become a family medicine physician but also prompted her to follow in her father's footsteps by joining the Alabama Army National Guard, where she has earned her rank as captain attached to the 135th Sustainment Command in Birmingham.

Things have been moving quickly for Tew. She got married two years ago. This July, she graduated from residency, and a month later, while practicing with Grandview Family Medicine at Lee Branch, she received orders to deploy.

"It's one of those things," she said. "You don't join the military unless you're ready and willing to do it. In the meantime, I enjoy developing relationships with my patients. In the short time I've been here, I realize this is exactly what brought me into family medicine."

Tew says the Guard's excellent programs for physicians going into medical school led her to join just after college and before beginning her studies. While in school and during her residency, her status was non-deployable.

"I knew I would be called up once I finished medical school," Tew said. "I just didn't realize it would be so soon."

The military is a sort of a family business. Her father has been in the service for 35 years. Her sister and brother-in-law serve in the Air National Guard, and her niece is in the Army National Guard.

"Service members are protected by law against any ramifications from our employer due to our time away, but we are always a little nervous about telling them about Guard obligations," Tew said. "I have received nothing but support and gratitude for my service from everyone at Grandview--from our clinic staff up to our chief operating officer. That has been a huge factor in relieving the stress that goes along with a deployment."

When she returns from her 90-day deployment, her practice will be waiting.

"It's a little easier for me since I'm an employed physician and have a partner," Tew said. "It can be really difficult for people to leave their jobs and families for three months."

Tew is ready for the physical rigors of deployment, having been fitness-oriented all her life. "When I was young, my dad would get home from work and I would run with him" she said. "I remember trying to do push-ups when I was just seven years old."

Over the past few years Tew has completed two half-ironman triathlons and numerous half-marathons.

"I call it a triathlon culture," Tew said. "It encompasses your whole life, and I absolutely loved it. I got out of it when I was in residency because it's difficult to do three-hour bike rides when you've got 80 hours a week in residency time.

She also exercises with high-intensity interval training in addition to strength training.

"I'm in the gym six to seven days a week doing weightlifting and cardio," Tew said. "I also try to watch my calorie intake. I believe everything is okay in moderation, but when people talk about having a sweet tooth, I say all of my teeth are sweet."

Tew shares her passion for athleticism with her husband Carlo Schiavoni, who is the director of a soccer club in Vestavia Hills, having played for the Canadian national soccer team and for UAB.

Of course, she will miss her husband and family while overseas, but she will be ready for the challenge and enthusiastic to see her patients on return.