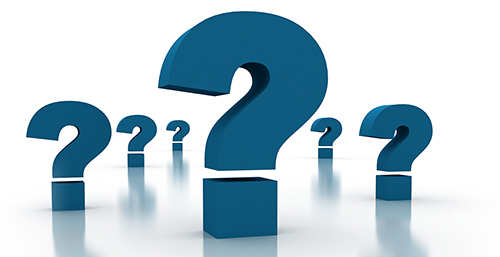 Last month, PwC Health Research Institute released its annual report highlighting the forces anticipated to have the greatest impact on healthcare in the coming year. "Top Health Industry Issues of 2017" outlined 10 areas ranging from healthcare plans under a new administration and the move to ramp up value-based payments ... to public health concerns over infectious disease and a public outcry for more transparency in drug pricing.

"The report enumerates 10 items, but I think there are some themes," said Nick Walker, a partner with PwC's Health Industry Practice. "The fate of the Affordable Care Act dominates the day, and uncertainty is the theme of the day."

He added, "Until the fate of the ACA comes into focus, there is a sense of unrest." However, Walker continued, "The driving force in healthcare hasn't really changed, and that's the move towards value."

Moving to a value-based system is a bipartisan priority ... although the path to get there could look very different once President-elect Donald Trump takes office. Walker noted that as a candidate, Trump's healthcare policy raised more questions than answers with a lack of specificity. Since the election, Trump has moderated his stance, moving from 'repeal' to 'repeal and replace' to 'repeal, replace a lot, but keep some.'

Walker noted, "I think the new administration is beginning to understand how disruptive a full repeal of the ACA might be." He pointed out to simply repeal the law would mean 20 million Americans would lose insurance coverage ... and the health systems that serve them would lose reimbursement. "You would see massive uncompensated care in the system, and that's a big problem. Frankly, it's almost impossible to do a full repeal," Walker said.

"Also," he continued, "the Trump Administration thinks there are some attractive parts of the law." Walker said Trump has notably supported guaranteed issue so that those with pre-existing conditions could still have access to coverage and keeping adult children on a parent's policy until the age of 26. "There's a recognition that some parts of the program are useful."

While providers, health systems, and industry suppliers wait for direction on how to proceed, Walker said there are measures that could ... and should ... be undertaken including scenario planning, investing in education and advocacy, and rethinking historic M&A agreements to create new collaborative arrangements.

Walker stressed the importance of scenario planning, particularly in uncertain times. Health systems, he noted, particularly need to think about what might happen, how that could impact business, and what the response should be.

What if 20 million lose coverage? What if they don't, but premiums are higher? What does that do to your system and how does it impact non-urgent procedures? Walker said thinking through various scenarios and possible reactions helps providers remain nimble in the face of uncertainty.

"You feel comfortable with health systems who say they don't know what will happen, but they know how they might pivot depending on how things play out," Walker noted.

This is particularly important in light of a new president with a strong business foundation but little healthcare or policy background. Walker pointed out it isn't necessarily intuitive to recognize there is an interplay between guaranteed issue and premiums. Instead, a crash course in healthcare requires the disparate parts of the industry to explain the complex intertwining that causes a ripple effect with each decision. "Sharp organizations are pushing the envelope here," he said.

"Historically, you've seen mega mergers. I think what you're going to see in this new economy is more partnership strategies," Walker said. He added those strategies might be in the form of joint ventures or other collaborations. Already, the industry is seeing more partnerships between for-profit companies and not-for-profit health systems and collaborations based on specialized expertise or geographic reach where partners work together but maintain autonomy.

Walker said a question that should be on the mind of every innovator is: "When the dust settles, what's going to be up for grabs and how can I take a shot at it?"

Nationally, he noted, several big payers pulled out of exchanges. "That left 1.6 million folks, which translates into $8 billion in premiums, up for grabs," he said. Walker was quick to add there was a reason those large insurers opted out of specific markets, but he said it still leaves an opportunity to look at technology, collaborations, and other innovations to transform that void into a value proposition.

For additional insights and information, go online to pwc.com, click on industries and then select health industries.