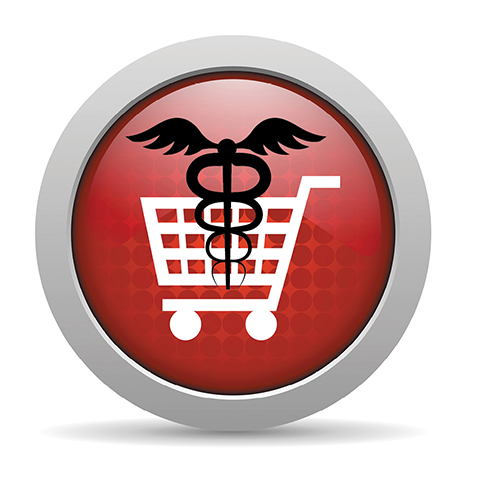 Insurers have jumped ship on the health insurance marketplace in Alabama. Started in 2014 under the Affordable Care Act (ACA), the exchange has offered options by insurance carriers to all individuals and small businesses with 50 or fewer employees.

For the past two years, Alabamians could choose policies on the exchange from at least three big insurers. Starting 2017, only Blue Cross and Blue Shield of Alabama (BCBS) will remain. "Blue Cross has an estimated 90 percent market share in Alabama. They have a monopoly for the most part," says Mickey Trimm, director for the Center for Healthcare Management and Leadership at UAB. "Aetna, United Healthcare, and Humana all hoped to use the exchanges as a way to get a foothold and compete with BCBS. And basically, that strategy failed."

In 2017, UnitedHealth will pull out of at least 26 of the 34 exchanges it participated in nationwide after announcing a loss of $475 million in 2015 from the program. They estimate losing $500 million this year. Aetna will drop out of 11 of their 17 markets, quoting a loss of $430 million since 2014. Over that same timeframe, Blue Cross projects underwriting losses of $250 million on its ACA individual plans.

The marketplace was built to fill gaps for populations left out of regular health insurance channels such as people with pre-existing conditions and small companies. It also created an option for individuals who fall between the economic cracks of Medicare eligibility and the cost of private healthcare policies. For those people, the federal government pays the part of the premium it deems the individual cannot afford.

This individual patient population ended up continuing costlier healthcare habits under the new program, such as over-using emergency rooms -- a high-cost care option the exchanges were meant to dampen. In 2015, emergency room visits by Blue Cross exchange members were 25 percent more than the small employer-based members. "There has not been a lot of education to help these patients understand to seek out their primary care physician as opposed to the ER," Trimm says.

And unfortunately, in spite of the ACA's goal of covering more people, Alabama hospitals saw no decrease in uninsured patients. "Hospital accounts receivable are growing, which could be caused by the higher copayments and deductibles in these policies," says Rosemary Blackmon, Vice President of Alabama Hospital Association (AlaHA). "Hospitals report having to write off many of these bills as uncollectible."

"If you keep premiums low but deductibles and copays so high you can't afford to get regular care, what good does the insurance do them?" Trimm says. "They're still going to wait until they have to use the emergency room."

Next year, premiums will rise again for Alabamians on the federal exchange. For the nine BCBS Individual plans, the payments will escalate 20.6 to 38.3 percent. Those rates, approved by the Alabama Department of Insurance (ALDOI), reflect a three percent average drop from what Blue Cross requested.

Mark Fowler, chief of staff with ALDOI, says the insurers "have to justify the rates actuarially. We will often work with insurers so that whatever we approve meets those criteria -- not excessive and not discriminatory. We want the insurers to stay viable because it would be worse if they went insolvent."

According to numbers on the federal government's exchange website, BCBSAL paid out five percent more on claims then revenues earned from premiums in 2015 on their individual market plans. They expect that to break even in 2016. This means Blue Cross absorbed all the administrative costs, taxes, and fees for running that program for the last two years. They expect the new rate increases to allow about 12 percent to cover those non-claim costs in 2017.

Blue Cross says that for premiums to become more affordable, everyone needs to buy health insurance coverage and keep it. "Those who do not stay covered continuously drive up the costs for everyone because they buy coverage when they are sick, pay a minimum amount of premiums to receive all of the medical services they need, and then often drop their coverage again," Mackin says.

Last year, around 30 percent of the previous year's exchange members did not renew. Though the number of policies bought on Alabama's exchange rose 14 percent, and more than 40 percent were new enrollees.

The tax penalty, per the Accountable Care Act, falls on Americans without any health coverage. For the first two years of the exchange, that penalty ran in the hundreds of dollars. In 2016, it shoots to $1,000 on average with possibilities running to several thousand.

"The penalties are going to come into play now as they get higher," Trimm says. "We should see more healthy people come into the exchanges and that will balance out some of the high-cost patients."

This balance, says BCBS, is the only way to make the program work. They also see a need for changes in the law to help stabilize the marketplaces. "The ACA overhauled how health plans could be designed, priced and sold," Mackin says. "The federal government needs to give insurers more flexibility in designing and pricing benefit plans so that we can provide Alabamians more attractive health plans."

The continued existence of the healthcare exchanges seems possible, but tenuous, especially with the looming premium hikes. "As Marketplace coverage becomes more expensive, the concern is that fewer individuals will purchase the coverage, which could undo the gains we've made in Alabama," Blackmon says.

Trimm thinks the exchanges cannot be fairly judged in the short-run. Getting the uninsured to invest in coverage and to use it continuously takes time. "The Affordable Care Act is setup as a long-term solution. It got hammered initially because of all those signing up with preexisting conditions," he says. "I don't think it's doomed. The question is will it survive the political winds."