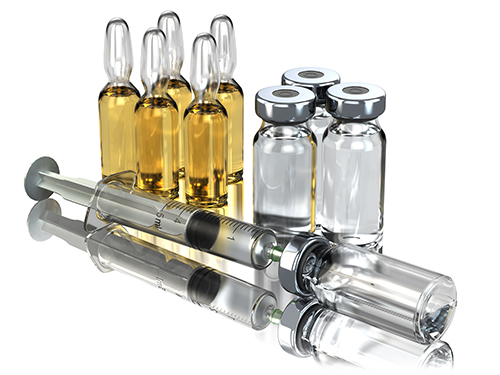 The Department of Health and Human Services Office of the Inspector (OIG ) recently issued an advisory opinion that determined that a vaccine storage and dispensing system with a per-dispense fee did not violate the Anti-Kickback Statute. The Requestor of the advisory opinion was a manufacturer of computerized refrigeration systems designed for the storage of vaccines in physician offices. A physician can use these systems, which are approximately the size of a small refrigerator, by first scanning the barcode on any vaccine. Once the barcode is scanned, the system assists the physician in establishing the correct storage environment for a particular vaccine, enables electronic tracking of expiration dates, and maintains data on "automated inventory counts, unit dose control, stock rotation" and temperature.

Under the proposed arrangement, the Requestor would enter into contracts with two groups:

OIG began its legal analysis by noting that it is typically wary of entities that provide free goods/services to potential referral sources as those goods/services "may be used as a vehicle to disguise or confer an unlawful payment for referrals." Even with this initial skepticism, however, OIG authorized the proposed arrangement due to the following factors.

Second, since the sole-source vaccines are produced by only one source, when the physician decides that a patient needs a vaccine he is technically also selecting the manufacturer because there are no other producers. Additionally, the physician can continue to purchase sole-source vaccines from the manufacturers even if he elects not to purchase the Requestor's product.

Third, while a per-dispense fee is tied to the volume and/or value of vaccines purchased and stored in the refrigeration system, the fee is sent from the vaccine manufacturer to the Requestor, "who would not be the party in a position to generate Federal health care program business." In other words, the physician would receive the same remuneration he would have received without the agreement. Further, there are no requirements that a physician administer a minimum number of vaccines, and the Requestor does not advertise or market any manufacturer or product.

Fourth, the sole-source vaccines are "administered in a limited manner," and help prevent diseases which could result in costlier services and additional burdens to the healthcare system.

Fifth, this proposed arrangement would likely further the CDC's efforts to promote vaccinations of the adult population. One of the primary barriers to physicians administering more vaccinations is the fact that it is difficult to store vaccines in a cost-effective manner. OIG believed that the proposed arrangement would make it more likely that physicians would store vaccines at their offices, and thus would lead to more patients being vaccinated.

Based on this "unique combination of" factors, OIG determined that it would not pursue legal action against the proposed arrangement. OIG further limited its holding by stating that none of the above factors would be sufficient to result in the same conclusion.

While it is difficult to apply OIG advisory opinions to other healthcare compliance issues given the fact-specific nature of OIG's inquiry, this opinion might have implications as to how the government views other "per-click fees." While healthcare attorneys have typically counseled physicians against entering into agreements where fees are tied to the use of goods or services, this advisory opinion indicates that under some, fairly narrow, circumstances, such fee arrangements may be made without running afoul of the Anti-Kickback Statute.