Starve a Cancer, Feed a Patient 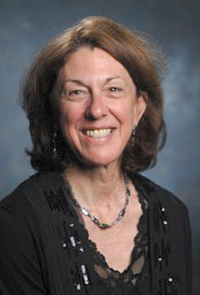 World War II movies on late night TV often tell the stories of resistance fighters taking out enemy supply lines and clearing the way for the big guns to come in and win the war.

Think of Barbara Gower as a resistance fighter taking aim at the supply lines feeding cancer.

"To proliferate, cancer cells require higher levels of glucose than normal cells. This metabolic difference is a vulnerability we can target to slow progression and weaken cancer cells, which could potentially give primary therapies an advantage in fighting the disease," Gower said.

A professor in the UAB School of Health Professions and Vice-Chair for Research in the Department of Nutrition Sciences, Barbara Gower, PhD, serves as director of the metabolism core for the Nutrition Obesity Research Center and is a senior scientist at the UAB Comprehensive Cancer Center.

"To engage in mitosis, many cancer cells rely on glycolysis and use glycerol as the backbone of building blocks to make more cancer cells. In addition to fueling the spread of cancer, high levels of glucose stimulate insulin production. Insulin is mitogenic. It encourages cell division. Together, these two effects of carbohydrates create a perfect environment for cancer to thrive."

An extensive body of preclinical research has shown that reducing the carbohydrates that quickly break down into glucose slows the growth of cancer in animals. There is anecdotal evidence that the same may be true in humans.

"There has been so little research in humans that clinicians don't have the data they need to incorporate this strategy into their treatment plan. If we can prove that nutritional changes can have the same effect in humans, we can give patients a way to fight back," Gower said.

For several years, Gower had done research on the role of nutrition in helping to treat disease. Her decision to study diet with cancer came about in a moment of serendipity.

"A patient with recurrent ovarian cancer came in looking for advice on how to maintain a healthy level of nutrition while keeping carbohydrates very low," Gower said. "She had seen the preclinical studies and was already following a low carbohydrate diet.

"I immediately reviewed her records and sent out blood tests. When her labs came back showing that her cancer markers following the diet were lower than she had achieved during chemo, I knew we had to get solid data on this."

A grant from the American Institute for Cancer Research is funding the potentially groundbreaking UAB clinical trial known as "Targeted disruption to cancer metabolism through dietary macronutrient modification."

The trial is comparing the effects in 66 participants following one of two diets for 12 weeks. The control group follows a healthy diet recommended by the American Cancer Society that balances whole grains, fruits, vegetables and meats and oils low in saturated fat. The second diet is a nutrition plan similar to a ketogenic diet that was used successfully for decades to limit seizures in epilepsy patients and is still being used in a Johns Hopkins clinic for children with drug-resistant epilepsy.

The diet keeps carbohydrates to a minimum. To protect the kidneys, it differs from better known low carbohydrate diets in that protein consumption is adequate but not excessive. Lower carbohydrate vegetables and lower glycemic fruits such as blueberries and strawberries help to broaden and balance nutritional intake.

Several aspects of the diet may seem counterintuitive considering previous thought on nutrition in cancer and heart disease.

"We know from research that healthy fats don't cause cholesterol deposits. Triglycerides from excessive carbohydrates are what we need to avoid, so the diet can actually improve cholesterol levels," Gower said. "This diet offers adequate protein, but not excessive protein, so it doesn't burden kidneys. Adequate protein also makes the diet muscle sparing to improve overall body composition of fat to muscle.

"If patients need to lose weight, it can help them burn fat in a healthy way. A bonus is that visceral fat seems to burn first, reducing the belly fat most closely associated with health issues. For patients who don't need to lose weight, the diet can be adjusted to maintain their current weight."

An avid bicyclist, Gower cycles several miles to and from work and has a trim, athletic build to show for it. Gower follows the diet herself, maintaining her weight, and she finds it invigorating.

"About 30 percent of the population has difficulty metabolizing carbohydrates which, not-coincidentally, is near the same percentage of people who struggle with obesity. Obesity is a significant risk factor for several types of malignancies. If we can prove that reducing carbohydrates slows cancer, we may be able to help this population reduce their risk. By helping them work around the carbohydrate metabolism problem, we may also be able to offer a less-frustrating approach to managing their weight," Gower said.

But what about conventional thinking that says the body needs the energy that carbohydrates provide?

"There's a minimum requirement for protein and vitamins, but there is no minimum requirement for carbohydrates. Carbohydrate-rich grains and sugars have only been in the human diet for an evolutionary-recent 6,000 years or so," Gower said. "What the body and brain need to function is energy. When the body burns fats, it produces ketones, which can very effectively supply energy for the body and fuel for the brain.

"The ketogenic diet we're studying uses healthy fats like olive oil and liquid coconut oil to prime the body to burn fats and produce ketones. Another potential benefit is that some research suggests that the presence of ketones impairs the metabolism of glucose in cancer cells," Gower said.

Several of the trial's participants have completed the 12-week study, and when their labs came in, Gower had reason to be encouraged.

"In the first five patients who followed the ketogenic diet, cancer markers in their blood tests dropped dramatically. Inflammation levels did not increase, and we hope that as the study continues, we will actually see inflammation levels come down," Gower said. "Participants report that as they become accustomed to the diet, they are feeling good and they have more energy.

"When we work with people who are following the diet for weight loss, we eventually allow more carbohydrates so they can choose from a broader range of foods. For patients who have cancer, though, we keep the carbs to a minimum so cancer cells can't take advantage of any increase in glucose."

As patients learn about the diet, they find plenty of foods to enjoy with great recipes online for low carb pizza, smoothies, and even low keto candy and brownies.

"I'm a big fan of the bullet-proof coffee recipe myself, and I have it for breakfast almost every day," Gower said.

That's not to say that the diet isn't work and that there won't be temptations.

"One lady I was working with for weight loss had a lot to celebrate. She had lost a great deal of weight. Her brain cancer had gone into remission. But she was almost in tears when she realized that because of her cancer history, we couldn't raise her carbs enough for the one thing she was craving--orange juice," Gower said.

However, when the decision is between resisting carbs or the risk of giving cancer cells the fuel they are craving, there is plenty of motivation to make a healthy choice.

Gower said there is still a need for participants in the trial, which is open to ovarian and endometrial cancer patients who have been recently diagnosed or are undergoing their first round of treatment. For more information call 205-934-7639.