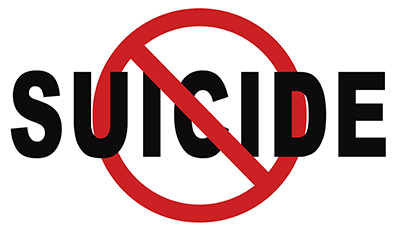 Working toward an "Audacious" Goal of Zero Deaths

In addition, among adults ages 18 and older, an estimated 9.3 million Americans, or almost 4 percent of the U.S. adult population, reported having suicidal thoughts. Data collected by the CDC and Substance Abuse and Mental Health Services Administration (SAMHSA) found that while females are more likely than males to have suicidal thoughts, men actually die by suicide at nearly four times the rate of women and represent 77.9 percent of self-inflicted deaths.

Against this backdrop, the White House recently held a "Making Health Care Better" event focused on suicide prevention. Becky Stoll, vice president of Crisis & Disaster Management for Centerstone, was one of a handful of panelists invited to Washington, D.C. to share insights and progress being made in implementing the 2012 National Strategy for Suicide Prevention.

Stoll attributed her invitation to participate in the event to the clinical decision support programming and leveraging of technology that Centerstone, one of the nation's largest not-for-profit providers of community-based behavioral healthcare, has developed and implemented over the last few years to assist and support staff.

"Prior to that, I don't think health systems and organizations ... us included ... were providing safe and competent suicide care," she said. "The best care," Stoll continued, "is having a baked-in system so it's woven into the fabric of what we do."

Stoll was quick to say that it wasn't that people weren't trying to provide excellent care, but she pointed out that most behavioral health degrees, even at the master's level, don't train students on how to talk to someone who is suicidal. Furthermore, she said it was critical to have a culture that was very focused on suicide with screening and assessments at all levels. And, Stoll continued, that has to be bookended by good data mining and analysis of trends and risk factors.

"Having an electronic health record where we can get in and dig around has been game-changing," she noted of leveraging the technology. "From our baseline data, within the first two years of having that structure in place, we had a 64 percent reduction in suicide deaths."

Providers aren't the only ones benefitting from technology, though. Centerstone has also designed an app to support individuals throughout their journey. Stoll said the customizable app allows providers to put in appointment and medication reminders. It also lets those in crisis text or chat in real time. Additionally, individuals can opt to participate in short surveys of their choice, such as a sleep study or mood tracker, to help both providers and patients get a better feel for trigger points and stressors.

Now, Stoll said, the next step is to look at the best combinations of technology, phone calls and face-to-face interaction to ascertain what is most effective in following-up with an individual who has been suicidal.

These and other measures being implemented are part of a bold national goal called Zero Suicide, which is being overseen by the National Action Alliance for Suicide Prevention, a public-private partnership at the federal level. The concept, however, came from the Henry Ford Health System (HFHS) in Michigan. Employing the same quality improvement processes used to reduce falls and prevent medication errors, HFHS created a comprehensive program called the "Perfect Depression Care" model. Stoll said that in the process of refining the program, a nurse raised her hand and asked, "If we were doing perfect depression care, wouldn't we have zero deaths by suicide?"

Stoll noted when Zero Suicide was first launched nationally there was some initial pushback. "It's too bold. You're setting everyone up for failure," were some of the common concerns.

The need to improve screening, assessment and care delivery, however, is very real. "Nineteen percent of suicide deaths in the United States saw a mental health provider in the 30 days prior to death," said Stoll. "And 45 percent saw their primary care physician 30 days before death ... so we have a lot of work to do."

Now, Stoll said, there has been a shift in thinking about the program. She explained the idea isn't to blame a provider if someone does die by suicide but rather to look at the failed outcome from a process improvement standpoint to try to create a different result for the next person.

"It is an audacious goal ... but if it's not zero, what would it be? Ten? Are 10 suicides a year acceptable?" Stoll questioned. "You've got to strive for zero."