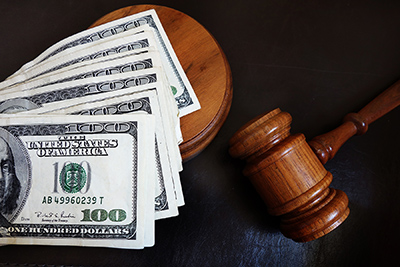 Unfortunately for most healthcare providers, the Office of Inspector General of the US Department of Health & Human Services (OIG) continues to demand and receive large settlements under the Physician Self-Referral Law found at 42 US Code Section 1395nnn (Stark Act). Calendar Years 2015 and 2016 to date have seen record settlements under this strict liability statute which governs referrals of certain services between physicians and hospitals, and the compensation or investment payments between such hospitals and physicians. The Stark Act generally prohibits a hospital from billing Medicare for "designated health services" (identified by CPT code) referred by physicians who have a financial relationship with the hospital unless that relationship falls within one of the permitted exceptions under the Stark Act.

Many of these large settlements involved qui tam relators and health systems based in the South. In addition, most of these settlements resulted from actions by disgruntled or terminated physicians who reported the case to the government initially. These settlements also involved allegations of submitting false claims to Medicare in violation of the False Claims Act, found at 31 USC Section 3729, because of the underlying violations of the Stark Act. Under the False Claims Act, the Government can seek treble damages and pursue criminal as well as civil prosecutions.

Settlements of note in the last 18 months with providers based in the Southern United States include:

Following a jury verdict of $237 million against Tuomey Healthcare System in federal court, Toumey settled its lawsuit and investigation with the OIG and the Department of Justice by agreeing to a $72.4 million settlement and committing to selling itself to a larger healthcare entity in Columbia, South Carolina. The allegations involved Tuomey's executing contracts with 19 referring physicians and allegedly requiring these physicians to direct all of their referrals of designated health outpatient services to the Sumter hospital instead of an independent surgery center or other hospitals. The case arose from a lawsuit brought by Dr. Michael K. Drakeford, an orthopedic surgeon who was offered, but refused to sign, a contract with Toumey. Drakeford was entitled to $18.1 million from the settlement.

As the largest amount paid to the Government for alleged misconduct involving physician compensation issues and Stark Act violations, this settlement certainly demonstrated that the OIG is willing to pursue non-profit health systems. This matter involved employment contracts and the acquisition of physician practices at what the OIG regarded as excessive sums, designed to influence referrals of designated health services. The OIG focused on the fact that Adventist and its affiliates acquired practices for substantial sums and anticipated operating such practices at losses if referrals to the involved hospitals were not taken into account. Qui tam relators in this settlement were non-physicians who were longtime employees at Adventist's Park Ridge Health in Hendersonville, North Carolina.

4) Up to $35 million from Columbus Regional Healthcare System in Columbus, Georgia.

This settlement related to allegations by the OIG that the governmental hospital district provided excessive compensation to nine employed orthopedic surgeons, sports medicine specialists and cardiologists in violation of the Stark Act and the False Claims Act. The settlement resulted from a lawsuit filed by Dr. Michael Reilly who received just over $12 million as a result of his qui tam lawsuit.

Given the magnitude of these settlements from both physicians and hospitals as well the possibility of criminal prosecutions, health care providers would do well to understand the intricacies of the Stark Act and to avoid any questionable contracts in this arena.

Colin Luke is a partner with Waller where he works with healthcare providers in a wide range of legal matters.